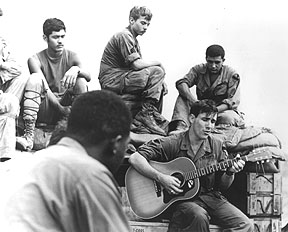 Still recovering here, folks. It is such a long, drawn out thing.

Luckily, this whole week has had a near black-out of intel. The best updates have come from Shari Raye, and a lot of hers are about the RV rates, some footage of the new Rainbow Currency, news about the Q F S, etc.

I’m guessing you already saw that the Durham indictments led to another h i l l ar y-related arrest yesterday:

For those of us who have been following that case forever, it felt a little like, well, old news.

I found this really sad. It came from co d e monkey z yesterday, regarding the duplicitous K ar en F ann. It is no wonder those A Z au dits are still taking us nowhere:

“August 26, 2021:
AG Brnovich threatens to withhold millions in government funding for Maricopa County for not releasing election routers to auditors.

September 17, 2021:
Karen Fann unilaterally signs backroom agreement for the AZ Senate with MCBOS to appoint John Shadegg as a “Special Master” for 500 dollars an hour to describe the routers to the auditors in exchange for releasing the government funding to the county.

However, this was indeed heart-warming (I’ll post the video when it’s up on BitChute):

“Disgraced politician, murderer, and sexual predator Andrew Cuomo was hanged at Guantanamo Bay early Tuesday morning for his role in perpetrating the global plandemic and callously killing thousands of senior citizens who, were it not for his actions, might still be alive today.”

From Tarot by Janine the other day. I enjoyed this one a lot: MESSAGE FROM THE UNIVERSE! HOW TO MOVE FORWARD! HOW TO MANIFEST A NEW REALITY! ENGAGING TRUTH! (17 mins):

And last evening, I really enjoyed listening to this lecture by Elana Freeland. It is almost unbelievably timely and informative: “The Mysterious Rudolf Steiner… The Secret Knowledge of Life and Unseen Forces” (1 hr ):

That is it for the news, really. We are all just waiting.

Thousands were apparently in Dealey Plaza in Dallas the other day, waiting for that important appearance, which, as far as I know, didn’t happen. (J F K J r)

Tr ***p was supposed to make a speech on the news a couple times over the last couple of days, but that didn’t happen, either.

Allegedly the fake B* den’s final appearance in public was on November 2nd. And I read somewhere that James Woods tweeted that he had “one more appearance to make” (meaning November 2nd, when the fake B*den was removed from whatever fake conference he was at).

So now I guess we just keep waiting.

Meanwhile, on other fronts…

Today on Amazon Prime Video, we can begin watching the new Amazon Original, The Electrical life of Louis Wain.

It is not only a biopic about an artist I love — Louis Wain made all those wonderful paintings of cats that I often use to illustrate my daily blog:

And it has the added bonus of having a cameo appearance by Nick Cave, playing HG Wells!

I am hoping to have enough energy to watch it downstairs on the big flat screen TV and not just watch it up in my bed on my tiny phone. But we’ll see. (For instance, I’ve only been at my desk for 40 minutes so far and I am already completely wiped out from trying to sit up in my chair. So we’ll just see.)

All righty. I’m still going to head into work today. Wednesday was unreal, btw — I did not think I would survive it but I did. I somehow worked for 8 hours and even drove myself home. I would not have gotten through the day without the kindness and support of my co-workers, that’s for sure. But I simply cannot afford to stay home.

So onward! Have a great Friday, gang, wherever it takes you. Thanks for visiting. I love you guys. See ya!!