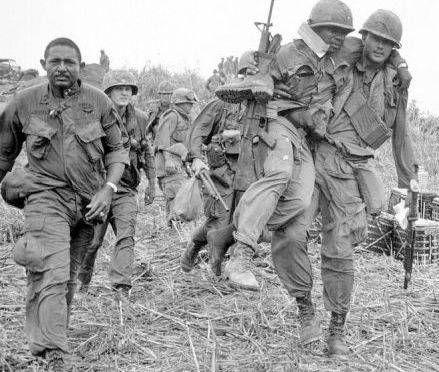 The news this morning is chock full of countries slamming their borders closed because of some awful new “variant” that has suddenly sprung up and is spreading like — I don’t know what — the ‘flu??!!

Consider, though, that the high courts of at least 9 countries (some say as many as 12 countries) have now officially declared that C * VID cannot be proven to exist. Hmm.

It has never been isolated in any sort of Petrie dish.

And there was never any p an d emic. There was a only a “pan de mic” of a really deadly v a cc ine. So what is this new “variant” all about?

If you’re late to the table on this one, C*VID has been said to stand for Certificate Of Vaccine Identification – 2019. Meaning, the v a cc in e they were hoping to kill you with is connected to that co ro na virus, which was bio engineered to be very contagious but not so very deadly unless you had underlying health issues (just like the ‘flu), and which was released on the population of the world in 2019.

Snopes claims this is false — which almost guarantees it’s true. But anyway.

That particular co ro na virus fizzled out by the end of April 2020. And since then, those many high courts have ruled that C*VID cannot be proven to exist, or to ever have existed.

However, there is still the ‘flu. And this is the ‘flu season.

Consider, also, that by the end of this year — rapidly approaching, if you take a moment to glance at your calendar — the medical mafia will no longer be allowed to use these C*VID tests that are notoriously faulty and really really good at giving false positives. They are going to have to start using tests that differentiate between “C*VID” and the ‘flu. Whoops!

You don’t even have to be any kind of a shrewd gambler to bet on where this is heading. When the ‘flu comes roaring back, what are they gonna do with all these C*VID “v a xe s” ? Big ph * rma profits on are gonna go down the toilet.

And then how are they going to explain all those fully va x ed people dying from (what? the va x itself?) all over the world? Those many un v a xed people are now only contagious with — the ‘flu.

Almost makes it look like they’re trying to push through as much C*VID as they can here at the final countdown, because afterwards, who’s gonna need a v a c c ine? (Follow the $$)

And as far as these sudden lockdowns — don’t forget that lockdowns usually mean arrests are underway, or tunnels are being blown up, or some other tightly managed thing is going on where they need everyone safely indoors.

Consider the harshness of what is going on in Austria right now, and then consider that a member of their Parliament was easily caught on video the other day, forging her own fake v a x passport.

Come on. If that isn’t white hat lunacy rearing its ugly head again, what is?

This is just getting off the charts, gang. The amount of shit going on all over the world, right this minute, that makes absolutely no sense.

I hope you had a great holiday yesterday if you live State-side! And keep in mind all that gobbledy-gook I mentioned up above as you read below. It came from Tr **p last evening. Hmm. Very telling, indeed:

As you can guess, since it was a National holiday yesterday, there was next to no real news here this morning.

This was of interest, though. If you’re a [17] follower and marvel at the mind-controlled sheeple out there who are still caught in the tractor beam of M S M, you might really enjoy these. Both are from Life According to Marz (14 mins; and 44 mins):

Last night, Tom Num bers had a nice back-at-home update after having been in the States for something like 2 months (20 mins):

And then of course, there was still an update from Restored Republic this morning (12 mins):

Other than that… M *ke L*n dell is still going over his Supreme Court Complaint over at Fran ksp ee ch.com

Watch for the Ghi sl aine Ma xwell trial to get underway Monday — and see how much coverage it gets.

And at long last Nu re mburg 2.O (Crimes Against Humanity over a fake pan demic and a v ery deadly v a cc ine) is getting underway, as well.

Not to be outdone by the Black Friday sale going on at Cave Things right now (see yesterday’s post), NickCave.com is also having a sale! Site wide! Visit this link and use the code NickCave20. Who knows what kind of cool stuff you’ll find!

All right. That’s it for today.

Enjoy you’re Friday, wherever you are in the world. Thanks for visiting, gang. I love you guys. See ya!