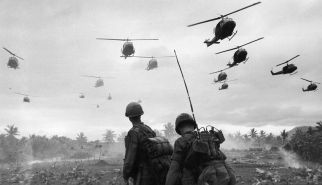 I sure don’t know, gang. All I can tell you is what I hear, and it gets more intense and/or insane by the minute.

The stuff getting posted about Mayfield, Kentucky continues to perplex and amaze.

As I mentioned yesterday, Mayfield is named after my ancestors (the Mays). So this town stands out for me, personally. (my great-great-great-etc. grandfather settled Robinson Creek, Kentucky, by the way.)

Actually, it’s really weird how similar Robinson Creek looks to the tiny village I live in now, here in Ohio.

I think it’s strange how only Mayfield seems to be in the news. Those tornadoes cut a 200-mile path…

Ju dy B y ing ton apologized yesterday for saying that the “tornadoes were fake”. She is now saying that the images used on M S M might be fake (old footage from devastation done in Italy many years ago), but the tornado in Mayfield and its devastation “was real.” (see the Restored Republic video below.)

Then we get this strange news item:

From Real Raw News, and it’s just horrible. And yet Real Raw News is known for embellishing the truth about everything. Whether or not it’s true — well, I just don’t know, gang. But I keep asking myself — how come it’s only Mayfield?? Watch it anyway and decide for yourself.

New Zealand’s Prime Minister Ja cin da Ar de rn has given the go-ahead for sex parties of up to 25 people as part of the newly relaxed C* vid ^^19 restrictions, based on a ‘traffic light system.’

While explaining some of the finer details of the system, Adern did not forget about the more amorous Kiwis:

“I can confirm that Tinder liaisons have reopened,” she stated, adding, “it’s not strictly embedded in the traffic light system but um, it is a given, up to 25 actually, in a red area.”

“[…] The Benghazi Situation is more then just a group of guys who wanted to kill some Americans as Mrs Hi ll ar y Cli nt on, Mitt Romney, and President Ob * ma would lead you to believe. […]

“[…] The Truth Is Bengazi and Fast and furious are the same thing, in fact, “Bengazi”, “Fast and Furious” and “Iran Contra” are all the same exact thing to a “T”.[…]

“In 2010, Hi ll ar y Cli nt on went to south America with a bag full of Satellite phones. At first it seems like a nice Gesture but in reality there is a more insidious situation. My Sources told me that Hi ll ar y Cli nt on handed out satellite phones for the purposes of conducting political assassinations, law enforcement employee assassinations, assassinations of Judges, Teachers, Students, and anyone who opposed Ob * ma and his regime’s plans. I was told many acts or drills run by FEMA called “EX-Plan ACTIVE SHOOTER Drills” would be run simultaneously as ordered killings of particular american citizens would be happening and the FEMA DRILLS would be the stories placed in the news to Propagandize the population and keep them from finding out about the real killings that would be taking place directly ordered from the US Government.”

And it goes on, gang.

A very –shall we say “encouraging”? — update from [Q] The Storm Rider from yesterday:

“Everything is on Point 👇

CONTINUITY OF OPERATIONS (COOP) is a United States federal government initiative, required by U.S. Presidential Policy Directive 40 (PPD-40)<(DEVOLUTION plan), to ensure that agencies are able to continue performance of essential functions under a broad range of circumstances. PPD-40 specifies certain requirements for continuity plan development, including the requirement that all federal executive branch departments and agencies develop an integrated, overlapping continuity capability, that supports the eight National Essential Functions (NEFs) described in the document.

Continuity of government (COG) is the principle of establishing defined procedures that allow a government to continue its essential operations in case of a catastrophic event such as nuclear war.

Both plans keep the U.S. systems from collapsing(fully) and keeps the public perception from fully knowing what’s happening behind the scenes for the reasons of Public Panic and Civil War outbreak<<<<
As MILITARY OPERATIONS are taking place behind the scenes to secure/reverse the Three Branches of Government from a foreign captured Operation. Military is helping in public dissemination of information through several key sources/EVENTS and including several civilians who become operators inside the Atonement Military Operations.

The Military must first exercise all legal avenues (>done by the book Q) through all 3 BRANCHES of the U.S system before FULL Military action and OVERT/COVERT Operations can be DECLASSIFIED

The Perfect STORM is colliding Patriots…

ARE PART OF THE MILITARY
OPS <<<

MIKE LINDELL HAS U.S. AGs in his pockets // TRUTH SOCIAL//
] DURHAM [ //TRUMP….. are all colliding together in a perfect placed PLAN<<<

THE [DS] plan is to manoeuvre between Russian CRISES and TAIWAN/CCP CRISES/ man made weather WARS (weather weapons over 3,000 patents exist..1500 Classified)// The PANDEMIC..

UK is currently under CONTINUITY Of Government Operation

People must rise across the world and feel like they are taking back their countries ( not just complaining in internet media posts . But actually physically demanding their RIGHTS!!!!//////

We are in the final moments where white HATS MILITARY is giving the DEEP STATE Controlled minions (courts, lawyers Congress, high officials) to make their decisions to change their NARRATION of what’s happening world wide
(This is called>By the books<\legal avenues)/// this important EVENTmoment must happen to show all legal resources and avenues were taken and denied by a foreign occupied system.
, So when/if the branches of government do not comply with the Military (Classified) orders to correct the PLANDEMIC/Elections/Fraud/bioweapon release…… The HAMMER DROPS. Keep watching the news it unlocks the maps.<

Okay. Those are the very few things that stuck out as particularly interesting to me in the maelstrom of truly bizarre news that is mounting out there, worldwide.

Oh, here is something to note! Apparently Nor th K o r e a, South K or ea, Ch * na, and the U S are officially announcing that the Ko r e an War is over…. (Keep that in mind as you watch a veritable WWIII “breakout” the world over: Peace is actually the true undercurrent of all this.)

All right. Have a terrific Tuesday — if you can! Thanks for visiting, gang. I love you guys. See ya!

A LAWSUIT FOR GLOBAL CRIMES AGAINST HUMANITY HAS BEGUN (In English, you have to read it, but it’s important)(4 mins):

Amazing Polly: Everything Old is [Q] Again! “Several current news stories relate back to subjects and themes brought up YEARS ago by the Q posts. Let’s explore!” (54 mins):