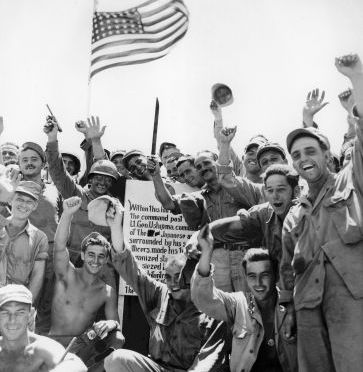 It is most definitely coming — and maybe even today.

Oh, and my internet was out for about 7 hours yesterday — curious, indeed, gang. (See some of the items below.)

Okay, this is all from Phil or from posts to his channel —

“You all need to brace yourselves for the possibility of enormous news today.

It may happen, and so far this morning, it looks like it will.

It also may not happen, in which case, it will NOT affect the overall outcome.

We have won. Clarity phase turns to Conclusion very soon.”

This next part really pisses me off but it is actually a really good sign! (Again, all from Phil’s channel today.)

“The only thing she’s wrong about is the timing.

This has already occurred.”

“Seems to me that the LEFT has been informed that SCOTUS OVERTURNED THE 2020 ELECTION.. So now they’re conditioning everyone by saying That SCOTUS allowed the MAGA SIDE to install its authoritarian take-over!!! That’s 😂 😃 hilarious”

(I don’t think it’s so “hilarious” because I still have really close friends & family who suffer from Trump Derangement Syndrome and this will only make it worse… heavy sigh.)

“Phil was right again!!! The embassy in Kyiv appears to be abandoned!!! We love you Phil.”

“🚨Multiple reports have come to me regarding heavy, heavy Military vehicle activity in the South Eastern part of the US”

“As a precaution, it would be best to avoid the Denver airport today.”

And there was also this, not connected to the above:

MICHAEL FLYNN: IT’S TIME FOR GOVERNORS TO TAKE A STAND AGAINST BIDEN AS COMMANDERS IN CHIEF OF THEIR NG (4 mins):

And here is a great summary of current worldwide events from “Princess Diana”:

“FALL OF THE CABAL

It’s becoming more and more evident the fall of the world Deep State is taking place and we are inside the Storm!.>MILITARY OPS >green

*THE DESTRUCTION OF THE GEORGIA GUILDSTONES which was under 24 hour surveillance was destroyed by bombs and the full video has disappeared from the security company…. Hours later the GUILDSTONES were fully dismantled using heavy machinery.

*VATICAN UNDERGROUND D.U.M.B.s connected to CERN SUPER COMPUTER
SC “Tier 0” of the Worldwide LHC Computing Grid (WLCG), conducted via the LHC Optical Private Network (LHCOPN). Data is reportedly sent out from CERN via the LHCOPN to 11 “Tier 1” academic institutions in Asia, Europe ( VATICAN) and North America via dedicated 10 Gbit/s links. Translation: orders are sent out from CIA Headquarters beneath Lake Geneva to 11 CIA substations around the world, one of which is located in Langley, Virginia. More than 150 “Tier 2” institutions are subsequently connected to the CIA’s 11 “Tier 1”
_The VATICAN Tunnels over 1000 years old housed 2 Supercomputers that connected the world wide money laundering system to the CIA 4rth Reich regimen/ Jesuits/ ROTHSCHILDs /Rockefellers families (DIGITAL money laundering system that connected to Asia.U.S. And all of Europe.
Two different fire’s broke out through the city
Some reports say 3 area but Mainstream media only reports one fire with conflicting reports.

*ASSASSINATION OF PRIME MINISTER OF JAPAN who knew all the full reports and handed over SERVERS/COMPUTER to Military operations EXPOSING the truth of FUKUSHIMA EVENT AND PLANNED Invasion of China Through the EVENTS…. North Korean. Russia. Taiwan, Japan, U S. ( But Russia and Taiwan declined to be in the Bush/Obama planned intent)….> Sources report the prime minister was in close contact with TRUMP….. Was his death fake/planned/ a message?

The FALL OF SRI LANKA ( MAJOR plans are slated to use Sri Lanka as a Betta testing ground to see a regimen fall & quickly rebuild through gold backed GASARA D- CURRENCY.

Lebanon currently in media BLACKOUTS
The country is in current blackouts thru cities and villages.
MEDIA BLACKOUTS
COMMUNICATION BLACKOUTS
_MILITARY OPERATION happening through the country. Connected to Arrests and [DS] generals

EU. IN FULL COLLAPSE as markets crash and small banks close and MSM reports on recession

Putin summed up the world situation as “the beginning of the fundamental collapse of the American-style world order…of the transition from liberal globalist American egocentrism to a truly multipolar world.”
_“Russia and its president Vladimir Putin are conducting this struggle in the name of humanity, against the terroristic and hostile alliance known as NATO,” Venezuelan Foreign Minister Carlos Faria”

And that is really it that I can see that is of immenent importance today.

Mr Pool had 2 comms that seemed quite harrowing, but I can’t post them here. I don’t know if it is connected to anything going on in Isarael right now, or if it pertains to the US.

But let’s just all stay alert and cautious. Regardless of what does or doesn’t happen today here in the States, things are coming to an end, gang. (THINK: President Trump giving a speech in DC in about ten days, when he has not done this since he left there on Jan. 20th 2021….???? )

All right, gang. Enjoy your Sunday! (Thunderstorms here all day today…) Thanks for visiting.