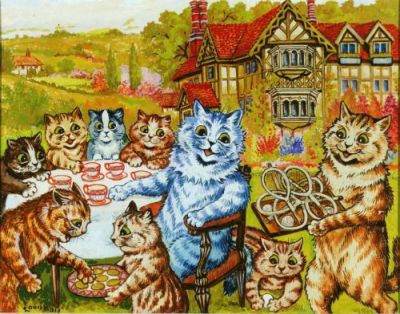 It is so beautiful here in the Hinterlands this morning. Sunny and really mild, even a little chilly. All that heat & humidity is gone. And it’s Saturday and I have the weekend off. Yay.

Don’t forget, gang!! This weekend is the end of the Smashwords Summer Sale. Today and tomorrow, you can still download my eBook titles that are published on Smashwords — for FREE!

And in case you’re interested, some of my other privately published novels, novellas, and longer stories, in paperback and eBooks. are available here at LULU.com. (You might have to verify your age, since most of my work is explicit/erotic.)

Today, the news is bascially about “Nancy Pelosi” flying to Taiwan to create some sort of disturbing “event” with China.

Whether this is the real Nancy, a body double, or maybe the plane is empty. Or — maybe there’s no real plane at all… Whatever. It’s somehow fake.

However, the event between Taiwan and China has been hovering in the air since the late Cirsten W first told us to expect it back in February of 2021. Yes. Quite a long time now. We’ve been waiting for this “Xi vs. Taiwan” event, which signals the end of all this. So we’ll see, gang.

From Donald J Trump (but this is optics — Xi and Trump are allies):

“Why is Nancy Pelosi getting involved with China and Taiwan other than to make trouble and more money, possibly involving insider trading and information, for her cheatin’ husband? Everything she touches turns to Chaos, Disruption, and “Crap” (her second big Congress “flop” happening now!), and the China mess is the last thing she should be involved in – She will only make it worse. Crazy Nancy just inserts herself and causes great friction and hatred. She is such a mess!!!”

“🇺🇲🇨🇳⚡️The situation is heating up: China’s state media have offered the country’s army to shoot down the plane of the speaker of the US House of Representatives Nancy Pelosi if she flies to Taiwan, – senator

That would be a direct act of war, and the US does not accept foreign policy demands from communist China or any other belligerent bully, says US Senator Marsha Blackburn.”

“🇨🇳🇺🇲⚡️Footage of the transfer of Chinese military equipment to Fujian province, where the Chinese army suddenly announced large-scale exercises

It is interesting that floating military equipment is being transferred

It is reported that live firing is scheduled for tomorrow. Military experts believe that the arrival of a US senator in Taiwan could be a decisive factor in the start of hostilities.“

According to Fox News, the bill is bipartisan.”

“Did i say China will take Taiwan?

There were 7 Spanish Angels.”

“I posted last year that ABSOLUTELY NOTHING happens until the Three Gorges Dam collapses and the Nuke Event Reactors and Bitcoin Servers are whacked. It is all about the EVENT.
PARIS shooting his arrow into ACHILLES to Kill The Cabal forever.
BIG PHARMA LABS in Wuhan.
We get 6000 Tesla Cures

It is how everything starts. Including the S.E.C XRP case. It is not meant to settle normally. It is all a show.
That date ahead means 0.

SEC Conf will be Analysed
Dark 10.”

“China about to take Taiwan

Don’t forget that Phil will do a livestream tonight at 8pm Eastern Time. You can watch him on Rumble, DLive and his new Locals channel.

And there is more news about RVs around the world (Re-value of currencies).

“4 new countries coming on and all of them are definately big for RV purposes.

Venezuela & Bolivia are also listed in other lists.
Number 1 currently is Venezuela”

Don’t forget, Sunday at around 6pm Eastern Time, you can join in the Prayer Circle for Dr. Simone Gold, of America’s Frontline Doctors, who is now in prison for having given a speech about medical freedom on the steps of the US Capitol building on Jan 6th. I believe this is the link for the livestream. The prayers last about 15 minutes (?).

Nick Cave & the Bad Seeds are back!! they will be in Waterford, Ireland tognight, and then in Rockhal, Luxembourg on Tuesday, August 2nd. Buy tickets here!

And that is it for this fine Saturday. Now that I’ve been awake for almost 5 hours, I better go brush my teeth!!

Enjoy your life today, wherever you are in the world! I know we are coming to a finale of some kind, gang, because the noise of the worldwide chaos is getting louder and louder and louder. There is almost NO news. Only optics. Disinformation. Distraction. Fog of War.

So hang in there. The end to all this is coming.

Thanks for visiting. I love you guys! See ya!!

I leave you with this– my breakfast-listening music!! Louis Armstrong, “What A Wonderful World.” Enjoy the heck out of it, gang! See ya!!