Tonight, it’s going to get really cold — colder than it’s been so far — so I’m guessing the petunias are not going to survive much longer. Although it’s been truly amazing how well they’ve been doing so far.

The morning glories died out with that first frost we had several weeks ago. So the petunias are really just so hardy.

I spoke with Valerie for a while yesterday and she said that her petunias are still blooming, too. (In Brooklyn — 500 miles away from here.) So maybe it’s just the way petunias are.

Plus, as she and I were talking, all the many little trick-or-treaters were out and about, heading to the town hall to get their candy (yes — the very same town hall that Nick Cave steadfastly refused to hold a Conversation in last year, even though at least fourteen people would have showed up!!) (And because I not only staked my reputation on how great the show would be, and all 14 Crazeysburgers were so  severely disappointed by his no-show that they will not speak to me anymore, plus I had even ordered a really nice Fazoli grand piano from Italy to have in the town hall for him and I had to put $238,000 on my credit card — anyway, because of that, I am forced to post this photo of Nick Cave here on the blog):

Of course, I am just kidding about all of that.

And not only am I just kidding, but I also digress.

While Valerie and I were talking on the phone, and while all the many, many trick-or-treaters and their moms and dads were heading to the town hall to get their candy, they were forced to wade through an unbelievably enormous amount of dead leaves that have accumulated on my front side walk, and I felt really guilty because of my “No-Raking” policy (which is also an “I’m too lazy to rake” policy)…

And so Valerie convinced me that I should get a leaf blower/vacuum/mulcher like she has!

She guarantees they are easy to handle, they are now electric, and often even cordless. And lightweight. 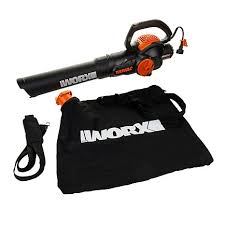 I had no idea about this because in the old days, they were super noisy and ran on gasoline. But Valerie has convinced me that all that has changed and so I will stop into the Home Depot next week and see what’s in stock. They are super affordable now, too. (For instance, I can buy 3,553 leaf blowers for what I spent on that Fazoli grand piano…)

Oh my god. Okay! The coolest thing happened to me yesterday.

It was a gorgeous day here. A little cool but just so sunny and just so perfect for the last Saturday in October. And I decided to go to Subway (a fast food sandwich place — we have a Subway and a Dairy Queen here in Crazeysburg) to buy my lunch/dinner. Because they have vegetarian options there that are actually good and sometimes I just get so tired of eating the same darn healthy organic non-GMO things over and over and over and over…

And so I walked past the house where the cute teenage blond boy who has the motorcycle lives. And two men were in the driveway working under the hood of a white pickup truck. And one of the men was an older, nearly exact-replica of the teenage boy… I don’t know if it’s his dad or maybe an uncle or what, because the blonde-haired mom  came out the front door and called for the second man to come into the house for something. So maybe the woman and the second man are married — I don’t know.

But on my way back from Subway’s, only the blonde man was in the driveway working on the truck, and as I walked passed, he made the horn give a quick little honk.

I was secretly and quietly thrilled! (I am ridiculously shy around men when I find them attractive.) But it was clear that I existed and that he had hormones.

Oh man, gang. It was too cool. However, I will not let my imagination wander because one thing about this area is that everybody is married.

I will tell you a secret about how I achieve my stellar success as a writer: I usually do not write when Mercury is retrograde. I find it to be a very difficult mental atmosphere to write anything new in, or to even edit anything in because I never like what I come up with and I constantly change my mind.

It just feels like a nice November Sunday, all the way around. Plus, today is the day we turned our clocks back an hour, so we get a nice long lazy rainy day here today.

I did sort of celebrate Halloween last evening, by watching the blaxploitation movie from 1972, Blacula, while doing yoga by candlelight.

I love Blacula and own it on video, but it’s actually free to stream in HD on Amazon Prime so I did that instead.  The movie is just so very 1972, gang.  It’s very sexy and fun and even a little creepy/scary. So that was my Halloween.

Other than that, I was really saddened to hear that the UK is also going back into lockdown this coming week.  Just unbelievable, this fucking virus.

Here in Crazeysburg, we are still holding at zero active cases. Schools and churches and stores have been open for several months now, although masks and social distancing are practiced. However, we are in the great wide open here and very few people actually live here (1300 people).

Okay. I’m going to get going here. I hope you have a nice Sunday, wherever you are in the world. Thanks for visiting, gang. I leave you with my breakfast-listening music from this morning – yes, I’m back to The Monkees. Their huge hit: “Daydream Believer” from The Birds, The Bees, and The Monkees (1968).  It made for a nice, cheery little breakfast at 5:11am. So listen and enjoy!! I love you guys. See ya.

Okay, gang, just wanted to wish you all a very happy All Hallows Eve, wherever you live and however you celebrate!

I will most likely celebrate it the way I always do nowadays: A rustic wine (notice how big the jug is and how there appears to be only one autumnal wine glass! Hmmm); popcorn in my special scary-Halloween-movie popcorn bowl; and some sort of old, fun Halloween movie. (I include Edward Scissorhands in my Halloween movies, for some reason, even though it has that really sad Christmas-y snowy ending).

Actually, I will likely start my Halloween celebrations by watching the non-Halloween episode of Father Brown that I will be DVR-ing on PBS tonight. I love that show. My only complaint is that it is only an hour long so they have to cram way too much plot into the allotted time and then suddenly, boom, Father Brown in solving the murder. But I still love the show! I am totally into cozy mysteries.

If you are still super young and have never spent time watching the older vampire movies, you are missing some real treats.  Here is an assortment of truly cool movies that you can either find free on YouTube or hunt down before tomorrow night.

This is a nice & creepy compilation from Nosferatu, a great silent Dracula movie from Germany, 1922 (I know you can watch this entire film free on YouTube):

Here ‘s the trailer for a wonderful movie made in 2000 about a fictional account of making Nosferatu, Shadow of the Vampire:

This is a great version of the Dracula story that is full of soul brothers and is also kinda scary!! The infamous Blacula!

A great creepy later version of Dracula/Nosferatu starring the great and rather creepy German actor, Klaus Kinski, from 1979:

Here’s something that was not creepy at all, from 1966, It’s the Great Pumpkin, Charlie Brown!

There is of course the famous 1931 version of Dracula starring Bela Lugosi. If you have never seen this, well, frankly I find that hard to imagine! But the sets in this film are — if you’ll excuse the pun — to die for!!

Oh, and here’s another one of my favorite’s, from 1992, Bram Stoker’s Dracula!

And here is one of my all-time favorite Halloween movies ever, from 1994, Ed Wood:

Well, all righty! If you’re planning on staying in tomorrow night and have plenty to drink but nothing to watch, this list should give you a good start! In the meantime, have a terrific Thursday, wherever you are. And thanks for visiting, gang!! See ya!