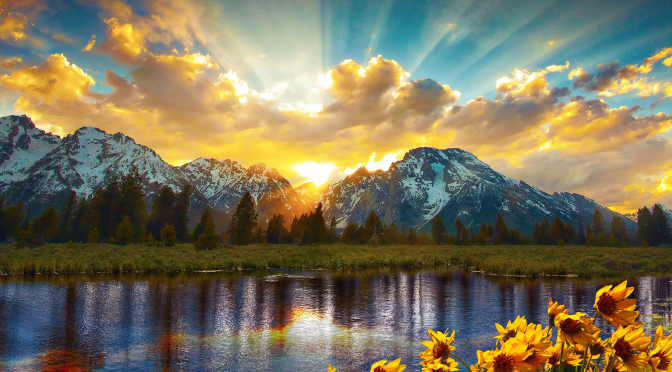 This whole thing with Phil versus just about every other Truther out there has gotten indescribably weird. Ugly, nasty, even stupid.

There is an undercurrent of something here but I’m not sure what. If it’s just to distract us, what could it be distracting us from?

We already know that China is circlingTaiwan. Israel is either “next” or being taken out simultaneously. No one is opposing Russia in Ukraine any longer. Fake Bidens are dying, new fake Bidens are coming in. PresidentTrump’s popularity is, literally, off-the-charts. CPAC is off-the-charts. The elections are still rigged but we’re voting anyway. “Monkeypox” is allegedly reaching some sort of alarming gay-guy “thing”, but it’s still only a side-effect of the vax.

Or could it be that we are supposed to see now who the Deep State “truthers” are? Surely, not every single one of those opposing Phil is Deep State….. And isn’t GP NSA ??

Absolutely nothing is adding up.

[…] Had Australia opted for ivermectin and hydroxychloroquine (HCQ) instead of Fauci Flu shots, the plandemic would have ended ages ago. Instead, Australia is now seeing mass death rather than a recovery. (Related: Australian officials want Aussies to get injected a bi-annual intervals for the rest of time.)

In fact, there were almost no covid-related deaths at all in Australia prior to the launch of the “vaccines.” There was a small peak in the fall of 2020 followed by a precipitous drop back to baselines levels, followed by a massive peak once people started getting injected.

Interestingly, the booster shot campaign was followed by another massive spike and peak, which will more than likely be followed by continued increases in the death count as antibody-dependent enhancement (ADE) and other jab-induced health conditions take their toll. […]” [full article here]

Interesting stuff going on with Alex Jones in court right now. I’m curious what rabbit hole that will eventually lead us down.

I can empathise totally.”

ASB Military has some video footage at this link:

From the Gateway Pundit:

[…] The fact that Ukraine had a three to one advantage and were embedded in defensive positions should have led to the defeat of the Russians. One of the traditional military doctrines is that an army fighting a foe who is on the defense must have at least a three to one advantage if they have any hope of prevailing in the fight. Well guess what–Russia has turned that doctrine on its head. We now have a case study (on-going) of the first time that an inferior force (in terms of numbers) is steadily defeating an entrenched, fortified enemy with three times the numbers.

There is not one area in Ukraine where the Ukraine army has pushed the Russians out of territory they have occupied and held it against Russian counter attacks. Not one.  […]”

Can you see this photo?

From Q the Storm:

“DID YOU KNOW??
In 1900, a man named Wilhelm Reich invented a way to cure cancer, heart disease, arthritis, and thousands of other ailments, within a few 15-minute sessions of sitting in the box above.

How was this possible? The ‘box’ is a carefully crafted ‘orgone accumulator’ which concentrates the orgone energy or life energy “Chi / Prana”, and this has an incredible effect on patients.

The FDA banned Wilhelm’s inventions and sentenced him to prison where he died in 1957.”

“Topic excerpt:
▫️Daily absurdities as deliberate anesthesia, hypnosis and distraction from the essentials
▫️Ways of prevention and self-healing. Example: Initiating ketolysis through targeted nutrition.
▫️Further details on the theory, the injections included graphene.
▫️Gendeletion as a cause of various modern medical conditions and a functional feature of mRNA injections?
▫️Update on Prof. Martin Schwab’s template letters
▫️Census: What is it for, what about data protection, and is there a danger that the data collected will be used to compensate for vaccination damage by means of a levy?
… and more!”

Watch here in English on Odysee

This was reported by the Central News Agency of the island, citing an army source. The military training will take place in response to the current maneuvers being carried out by the Chinese People’s Liberation Army (PLA) around Taiwan. The exercises will include firing from self-propelled howitzers and mortars.”

“🇨🇳🇹🇼⚡️China has announced its intention to regularly conduct exercises east of the conditional median dividing line in the Taiwan Strait.

This statement came out almost simultaneously with the one made by Taiwan. The island said its armed forces would conduct live artillery exercises in southern Pingtung County on August 9 and 11.”

“🇮🇱🇵🇸⚡️Israel agreed to a truce from 22.00. Awaiting a response from the Palestinian side.

It should be noted that before the introduction of the ceasefire following the results of similar agreements, the most intense shelling began last time, before the agreed time of ‘silence’.”

Steve Bannon at CPAC: The Federal Reserve Has Usurped the Power of the People and Must Be Ended (2 mins):

And that’s it for now.

Nick Cave & Warren Ellis have apparently recorded the soundtrack for a new documentary on Netflix called Blonde. Watch for that, if you subscribe.

“Netflix is now a propaganda machine for the Obamas“

But since they’ve both been executed now for High Treason and horrific Crimes Against Humanity, maybe Netflix $$$ is clean now. We can only hope…]

Nick Cave & the Bad Seeds will be in Poland tonight, and in Poland again tomorrow!!!! Buy tickets here.

Enjoy your Sunday, wherever you are in the world!

I love you guys, See ya!