I’m brimming with way too many feelings today, gang!

The good news, though, is that we have a wonderful little reprieve here in the weather! It’s not going to rain again until later this evening. So I awoke to a glorious spring day!

However, I overslept, and woke to that glorious spring day a couple of hours later than I would have preferred, so I feel like half my day’s gone.

I was lazy again yesterday and didn’t do yoga, even though my body was starting to scream for it. Instead, I opted for the shortcut and decided to take Ibuprofen, and I forgot that those pills make me super sleepy. So I overslept today because I was lazy yesterday and so I awoke not super happy with myself for some of those choices I made yesterday, however…

We’re not gonna look back, are we? No! We’re moving ahead!

We have many little flowers to plant today in the pretty sunshine!!!

But this means that I have to go into my barn to get my flower boxes out, and I now have Virginia creeper growing all over that fucking barn door. So I have to deal with that today, too, without winding up in the Emergency Room because of exposure to Virginia creeper, which I am deathly allergic too. We’ll see how that goes.

This whole “Virginia creeper on the fucking barn door” thing makes me so angry.  I’m just so fed up with that gigantic fallen oak tree out there by my barn that still hasn’t been hauled away.

I cannot tell you how many people have promised to come out here with a chainsaw and a truck and haul that enormous dead tree away.  The tree fell over a few years before I even bought this house.  The fallen tree is the reason why I need a new roof on my barn. And everyone I’ve talked to since even before buying the house who  has promised to come take care of hauling that dead tree away has not done it.

It makes it really difficult to get in and out of the barn, or to deal with trying to replace the roof. And worse yet, that old dead oak tree positively loves Virginia creeper. It’s a veritable Virginia creeper magnet.

So I look out my kitchen window, at the glorious spring morning, several hours later than I had hoped to be looking out at it because I was lazy yesterday, and I know I want to get my flower boxes out of that barn that I can readily see from my kitchen window and then I see all that fucking Virginia creeper all over my barn door, and I just get so fucking frustrated with all of humanity for LYING to me all the time!!

Come get this fucking tree already, you know??

And then yesterday evening, two separate things happened, both indirectly relating to my play Tell My Bones that could cause me to be in rehearsals for it as early as July.

Which, on the one hand, seems like a good thing! But I’m trying to finish writing this novel! I seriously want it done and off to the publisher before I have to focus on Tell My Bones.

And if we’re going to be getting this far ahead of schedule on the rehearsals, does this mean that in September, when I’ll be merrily following Nick Cave hither and yon all over Manhattan, that I will actually already be up to my eyeballs in the staged readings that will need 200 million % of my concentration??!! Please don’t tell me this!

And then Peitor texts me, bright & early. He’s now sequestered in that amazing little Airbnb on the English Channel! He has texted charming photos!! With stunning vistas! When can we get some work done on the scripts??!!

It all makes me just want to lean over and smack my forehead repeatedly on my desk and I’ve only been awake for an hour and a half! 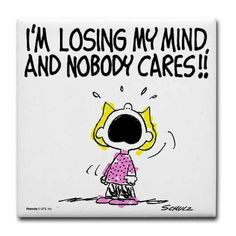 And there you have it. My morning thus far.

People in Amsterdam prefer not to post to Instagram in English. So I can’t guarantee you that everyone loved the Conversation with Nick Cave that happened there last night, but the photos have all the earmarks of people loving it.

However, I’m guessing probably not.

The only thing that I saw posted in English was somebody saying that “God was in the house”.

[UPDATE: In a weird twist, I see that Nick Cave’s Red Hand Files newsletter today deals with God’s voice! I haven’t read it yet, though…]

This is of course a play on words, because Nick Cave wrote a truly amazing song called, “God is in the House.” And a lot of people also literally call Nick Cave, “God.”

I don’t even know what that word “God” means anymore, you know? I truly don’t.  I did when I was a little girl. God was everything to me and I clung to Him and He somehow managed to help me survive years of terrifying abuse. And certainly during the first suicide attempt when I was 14, when people were fighting to save my life, He told me – maybe not in words but in a language I definitely understood was coming from God – to go back down there and stick it out, because it was eventually gonna end well. That it was gonna be worth it and I was gonna want to be there for that.

I don’t really know that God anymore. That voice is sort of distant to me, now.  I hear God now as a sort of continually creating energy, that is always delivering more, more, more, and then still more, and more and more.  As in: Here, this is Life, and I have a limitless supply of it. Make of it what you will.

I am willing to grant Nick Cave a lowercase “g,” you know? “Little god” among half-formed men. But, frankly, the words I would rather use to describe him are so much more magnificent than that because he is human. And seeing him in all of his humanness only heightens how extraordinary he actually is. To call him God, misses all of that, but to call him a “man” brings everything remarkable about him into tight focus.

Okay. I really, really gotta get going here, gang. The many tiny flowers await me!! And many dead leaves are begging to be raked and put into those handy dead-leaf bags! And patio furniture wants to be hosed down. And citronella candles want to be placed merrily about! So I’m gonna get started on that.

I leave you with breakfast-listening music from this morning. I went back to Tom Petty & the Heartbreakers’ Nobody’s Children.  All the sort of naughty little songs that make me feel frisky!! Thanks for visiting. I love you guys! See ya!

WAYS TO BE WICKED

Yeah I can take a little pain
I could hold it pretty well
I can watch your little eyes light up
When you’re walkin’ me through hell
Yes I’ve been your fool before, babe
And I probably will again
She ain’t afraid to let me have it
You ain’t afraid to stick it in

Yeah you know so many ways to be wicked

But you don’t know one little thing about love