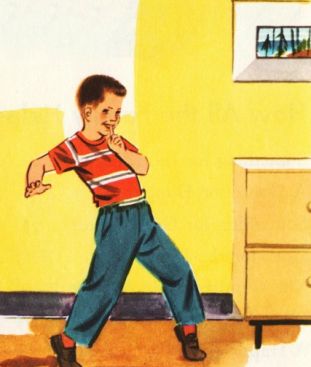 Today is just a really fresh and new day and I woke up feeling like I could think clearly again. I was getting a little bit fuzzy yesterday — and not in a good way. (Although I’m not sure if “fuzzy” has qualities of goodness and badness…)

That said, though,  work with Peitor went great yesterday. We are almost done with the script for “Lita måste gå!” (aka “Lita’s Got to Go!”). Which is kind of astounding, all things considered, right?

We’ve only been working on this script (for an 8-minute film) for 15 months now. Yeah, I know — we each traveled a bit — one of us traveled a lot (I won’t name names but it wasn’t me). Plus we each had deaths in our families, etc., etc. So it’s not like we worked for a solid 15 months, but still. Way, way too long. But now we are really closing in on the finish line.

And what’s very interesting about all of this is that, this morning, I looked at the calendar and saw that the deadline I had randomly assigned for completion of the script is March 13th. Next Friday. Interesting, right? How making schedules can really have a positive influence on the momentum of things?

We also spent a lot of time going over organizational type stuff about how to best package the script for potential investors, because it’s a shooting script — all angles and blocking, sound cues and lenses, etc., and only 4 lines of dialogue. Although, at one point, a woman says, “Zuzu!” and at another point, a different woman says, “Oh!” But beyond that, only 4 lines of dialogue, total.)

At that point in our discussions, I mentioned to him that I got the official request to do the audition for that Literary Arts Fair — I’m reading a family-friendly version of “The Guitar Hero Goes Home,” which is an excerpt from my novel Blessed By Light.

And I said to him, “You know, it’s completely acceptable nowadays to submit the audition on video. You know, just do it on your phone and email it in. Everyone does that now.”

HIM: “You’re not everyone.”

HIM: “But you miss the chance to actually meet the people — and to make that first impression.  You know how important that is — you’ve been to finishing school.”

So I’m going to drive 2 hours for a ten-minute audition. Next weekend. And the festival itself is like a nanosecond after I will be with my new Swiss friends, seeing Nick Cave & the Bad Seeds in Zurich. So I’m guessing that the minute the Arts Festival thingy is done (and I’m having jet lag or something), Sandra will tell me I need to be in Toronto to start the table reads for The Guide to Being Fabulous (our other play, which is being produced later this year).

I am, of course, exaggerating. Still. The reason God gave us 365 days in a year is apparently so that we can take 3 of those days and cram our whole entire lives into them. And then spend the rest of the summer just listening to crickets and watching the fireflies as the sun goes down because you have absolutely nothing left to do.

Anyway. I’m guessing it’ll all work itself out splendidly.

I’ve been wanting to mention that the gas prices around here have dropped to $1.95 a gallon!! I have not seen that kind of gasoline price in over 20 years. Seriously. I’m not exaggerating now. And also, when I did see those kinds of prices 20 years ago, it was when the cost of gas was starting to skyrocket and we considered $1.95 expensive. Weird, though, right? Now I stop and get gas even if I only need a quarter of tank or something, because I just can’t get over how cheap it is! Wow. (And this is on the heels of the cost of everything else in my life inching its way into the stratosphere. So it’s doubly nice.)

All righty. I’m gonna scoot. Get the day underway over here. Thanks for visiting, gang. I hope you have a really great Saturday, wherever you are in the world! And wash your hands and don’t touch your face, and all that.  (Oddly enough, the friends I am closest to — meaning relationships, not distance — are each living in cities that are now in an official State of Emergency because of the coronavirus: Seattle, LA, and NYC.)

But anyway. Take care everyone. I’m on a Paul Simon kick here, still.  So I leave you with the breakfast-listening music from this morning. An intensely upbeat and joyous tribute to love and those unexpected encounters that change your life forever!! Yay!! “Gone at Last,” his duet with Phoebe Snow from his truly timeless and amazing album, Still Crazy After All These Years (1975).

So turn it up and enjoy.  (And remember, gang: all is fair in love, so keep those proverbial muskets of love primed & ready!) Okay. I love you guys. See ya.

The night was black, the roads were icy
Snow was fallin’, drifts were high
I was weary, from my driving
So I stopped to rest for awhile
I sat down at a truck stop
I was thinking about my past
I’ve had a long streak of that bad luck
But I’m praying it’s gone at last

I ain’t dumb
I kicked around some
I don’t fall too easily
But that boy looked so dejected
He just grabbed my sympathy
Sweet little soul now, what’s your problem?
Tell me why you’re so downcast
I’ve had a long streak of bad luck
But I pray it’s gone at last

Once in a while from out of nowhere
When you don’t expect it, and you’re unprepared
Somebody will come and lift you higher
And your burdens will be shared
Yes I do believe, if I hadn’t met you
I might still be sinking fast
I’ve had a long streak of that bad luck
But I pray it’s gone at last