In case you’ve forgotten, gang — it’s flu season. Expect the usual hundreds of thousands of Americans to get the flu. Expect those at risk from other physical complications, especially the elderly, to have a tough time with it and maybe even have to be hospitalized. Maybe they are already in the hospital.

In fact, the CDC states:

However, the good news is that both the CDC and the who now re-assure us that the average person, worldwide, has a 99.97% chance of surviving the C *P virus. (i.e., “the flu”.)

(Oh, and the CDC recently stated that of the 200,000 alleged deaths from the C * P virus this year, 94% actually died from up to 3 co-morbidities.) (For instance, if you have other conditions, and you get the flu, you have a higher likelihood of dying from the flu because of those complications.)

(Oh, and those P C R  false-positive test results that were used to introduce C* VID panic to the entire world, actually show nothing. The tests don’t work on detecting infections. And they knew it from the beginning. From even before the beginning.)

And Florida is now requiring all testing centers to disclose the cycle of amplification threshold that was used on each positive test for C* VID — and guess what?? I know, right?? Health Departments across the country have not been collecting that data.

And also, research done in the States of MA, NY, and NV based on the same problematic “cycle of amplification threshold”  indicate that 90% of people who tested positive based on that rigged P C R test, did not actually carry the virus. (I know, right?? It’s like a fr*ud, or something.)

Portugal now maintains that “any enforced quarantine based on the P C R test-result is unlawful.”

Because the test was rigged from the start.

I know you get tired of hearing me say this, gang, but follow the fucking $$$.

And all those Australians — almost 40,000 of them — stranded, and unable to get home for Christmas because there aren’t enough quarantine places to house them upon their return to the continent. (Because of that non-p* nd* m*c flu.) (Oh, the one that asymptomatic carriers of  turn out to be not contagious spreaders of…) (I know, gang — you gotta be a professional, award-winning writer to come up with a sentence as precariously worded as that one is.)

Anyway. You get the drift.

Every day, more and more scientists are actually getting heard, the world over. And then the mainstream media just pushes back, harder and harder, to silence them and keep the facts from we, the listeners. Some of those in the media are even trying to get us to believe that pretty much everyone in the entire world is testing positive for the C *P virus. (No!! — take that P C R test out of your breakfast cereal!! We don’t need to know that your cereal also tests positive. This   — oops — I mean, THIS is serious business.)

(See my posts from the weekend if you are not yet familiar with the international lawsuits underway, alleging charges of Crimes Against Humanity for the perpetrators of the false-positive P C R test that started the intentional worldwide panic.)

And today, Nick Cave finally had to completely cancel the 2021 UK and European Ghosteen tour. 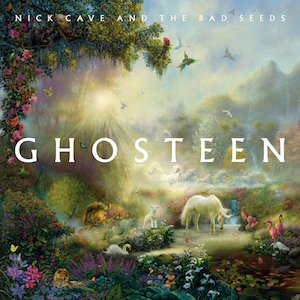 And I don’t think it’s because he knew I am so financially cleaned out by this fucking fake virus, that it would have taken a true Christmas Miracle for me to afford to get to the Zurich show in 2021 at this point, anyway.

However, all that said.

At least we are beginning to understand what we are really dealing with and why the things we see with our own eyes and experience with our own lives (m* sks are useless, the l* ckd * wns are useless) do not add up to the false garbage the media is trying like hell to get us to believe.

Also, there is good news on all fronts regarding the el* ct*on fr* ud — more and more facts coming to light. More and more I mean, G*vern*rs, acting super strangely — almost as if they have something to hide.

And even more “good news” (of course the word “good” is always used now with excessive caveats) : a couple of videos went viral over the weekend (no, I don’t mean they went C * P viral, however, I’m guessing that if we test those videos with the P C R test, they, too, will test positive for C *VID.)

But videos of Ant* f* attempting to harass a group of peacefully protesting Patriots over the weekend, show that Patriots have had enough and are fighting back. (Here’s one video. There are many others.)

All right. I’m super, super fed up with all of this. And it does feel like more violence is indeed coming. (More mukky-muks fired from their Department of Def* nse positions within the Pentagon yesterday. More troops ordered home to the US.) (If you’re keeping score: US troops have now been pulled out of Afghanistan, Iraq and now Somalia. All heading back to the US…as we get closer and closer here to learning the truth that Tr**p was indeed the winner by a landslide…)

But it does feel like we are all making headway against the D* ep State, the N* w World Or d*r, the Great Reset,  all over the world.

This one below was effing incredible, folks.  You gotta listen!