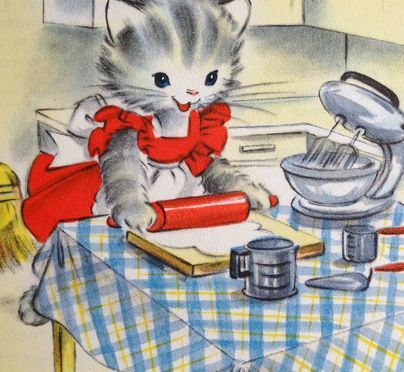 Yes, through a Christmas miracle of generosity, I was able to buy extra groceries in town yesterday, and I am planning to make a big pot of soup today!! Yay!!!

I’m pretty excited. I love to cook (and to bake) but haven’t done either in a really long time. So I’m looking forward to puttering in my kitchen today and  making that soup. All the ingredients are organic, non-GMO,  vegetarian. And all my Christmas lights and decorations are up in the kitchen.

And I also received another gift yesterday of farm-fresh organic eggnog!! Wow. I love that stuff, even though it is so amazingly fattening. The bottle it came in is so beautiful! The bottle alone made me excited.

Anyway. I’m thinking that I might actually hangout in my family room later, eat actual food (a thing I haven’t been able to really afford for a couple of months now), and watch Wings of Desire again. I just love that movie. Not a Christmas movie, but such a lovely escape.

Okay, well. We all know what the Supreme Court decided last night re: T X. It is very disheartening but not the end of the story.

And since Nick Cave is on Christmas break and taking a hiatus from the Red Hand Files until 2021, I was forced to aim my letter-writing frenzy elsewhere today. Around 4am, I texted to the Pr* s* d*nt of the United States, voicing my deep concerns about 2 specific things.

I have written/texted Tr**p about 4 times in the last few months and, oddly enough, within 24 hours, he usually sends out some sort of public response. It is indeed uncanny. I’m guessing this is because a lot of people all over the country share my specific concerns, so his replies probably are actually aimed at a lot of people at once, but it still feels indescribably personal.

tw* tt *r will go after him and block him next. I’m not sure when F B will block him because the F*d is going after Z * ck *r b* rg  right now due to his suspicious $350 million donation to help fuck up the el *c t* on. It’s keeping him kinda busy… Listen here.

It would be prudent to read the link below. From two years ago. Methinks they’re ready and they’ve always known. hash t* g we are the st* rm

Also, in the longer version of last night’s X *2 R* p*rt, he has a new video from that insane MI State representative, who threatened all the Tr**p supporter’s the other day and was clearly showing her Ch* n* s* affiliation.

She seems to have been removed from all her legislative duties now, but her newest video could be our Saving Grace. She publicly tells B* d*n and K*m * l* to reward her for giving them Detroit on a fucking platter. (my charming words.) (She almost makes it sound as if the e*l *ct *n was rigged!!!! Who knew??!!)

I can’t stand looking at her face so I refuse to post her video on my blog, but you can listen to it in the X* 2 R* p*rt below, if you haven’t already seen it online.

Okay, gang. Not my breakfast-listening music from this morning — I am still on Sam Cooke’s Greatest Hits. However, this is the song that’s needed today. Play it loud. Enjoy. I love you guys. See ya.

Goodbye, New York City.  A p*n d* m*c usually means tons of people are dying. Well, where are the bodies??? The stats don’t add up. These people need fucking HELP!

Yes, again! Listen to the interview below. It takes 10 minutes.  Because I’m not letting up on this stuff, gang.  Crimes Against Humanity. Starting with NYC…

Around the 15 minute mark, this gets exceedingly interesting. I recommend holding onto your hat…

Some hard, unpleasant facts from B*n g* n*, gang. But listen to it, even if it pisses you off. (Or especially if it does.)