I’m not even going to try to list here the insane E O’s continuing to come from the fake B * den.  In the fake ov  a  l  o f  f  ic e. (Btw, the E   Os are starting to show up on the federal registration, but they don’t go into effect for 30 days.) An interesting thing, though, that went viral yesterday: the W  H  is  apparently closed. If you access the “contact” page on the  official site on an android, it says “temporarily closed.” On an iPhone it says, “permanently closed.” And, when you call the main number for the W  H  ,  a recorded message says that they are closed…

Hence, the blackouts every night, and the drapes drawn all day, no lights on. Nobody’s home, gang. Hmmmm….

They are proposing a bill to ban tr **p supporters from being able to join the m * l * tary, or to have federal jobs.

This is in addition to their general calls to fire anyone who is a known supporter of Tr **p if they are already employed somewhere. And then of course the constant call to have their children taken away from them, and have them placed in detention c* mps.

Also, c   i   a   and f   b   i  monitoring everyone who shows up in the live chats of podcast/videos promoting p  * tr iot i sm. Even visiting their homes.

Arr * sting them. At the federal level. Creating huge and expensive legal problems. Removing their access to funding, and to communicating.

The thing I am most alarmed by, though, is that even while none of my “friends” agree with my need to fight to save the C *  n st  * tu tion, none of them will even shoot me a text, or god forbid call me on the phone  in alarm over all of this and say, “I stand by you, even though I don’t agree with you. I won’t let them take you away.” (Which used to be what America was all about.)

So I guess it will be okay with them when I’m dragged off to the c* mps.

I know that the light is coming. I hope it won’t be too much longer now. Because it is getting very dark here, indeed.

This is someone you should say a prayer for, if you haven’t already. They tried to destroy her life, her family, her career, because she testified. And if you saw her testimony (it went viral) you know that she has guts and integrity and honor. I think she is an amazing person. Now she is running for the State Senate in M  I. 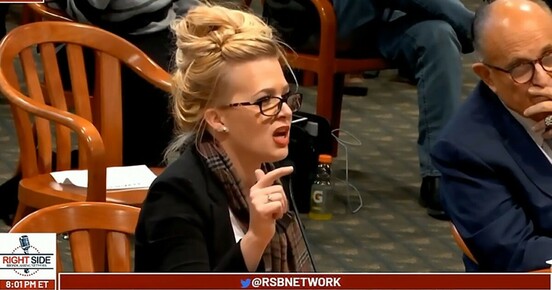 Visionary startups. Experienced VCs. Dedicated government professionals. In**^^ Q **^% Tel leads from the center of this matrix, connecting cutting-edge technology, strategic investments, and purpose: to enhance and advance national security for the U S and its allies…

Okay, gang. There are now literally thousands of pdf pages of declassified docs out there on the Internet.  Every night, something of interest drops that usually stands out from the rest.  I awoke at 3am this morning to be regaled by an enormous pdf file of B* den’s daughter, A   s   h  l  e  y’s, handwritten diary.

It’s a huge pdf because each page is a photo file.  The saddest page I’ve read so far, though, is about her struggles to understand her hyper-sexualized childhood, and her early fears over the  inappropriate sexualized contact from adults — oh, yeah, including her dad, in the shower…

Although, to be fair, someone on B * den’s staff yesterday, made an alarming announcement that B *  den seems to be operating at 50% of his mental capacity  since being in  a  u  g  u r a ted (which was fake, but still; point taken).

And now tons of federal judges and Republican s   e  n  a  to  r s and c on gress m  e  mbers are being coerced into stepping down.

Okay. That’s real too. But I have no idea why. honestly. Are they good or bad?? Which side is forcing them down?

There seem to be more secret a  r  r * sts being made, and mentions of secret e  x e  c u  tions already accomplished through m * l * tary tri bu na   ls. I guess we just have to pay close attention to who is or who isn’t appearing in public anymore. And/or who suddenly looks really different from how they used to look…

Every waking hour is a fucking rabbit hole right now.

There is seemingly no end to this stuff, gang. Every night, something else drops that there is no way for your mind to be prepared for at 3am.

All righty. Thanks for visiting, I love you, guys. Pray.

Below: K O update: “We keep seeing clear signs that things are not normal but it’s difficult to pin down exactly what’s happening. The W H is closed. A p  p    le map of the oval office says it is permanently closed. Motorcade does not include the beast. We now have documentation that Tr  **p filed for bankruptcy on behalf the United States Corporation while he was P O T U S.” (short)

Below: ” The [**]/MSM are now pushing forward with the im  peach  ment. They did not get the votes for the conviction. Tr** p sent some messages and Fl * nn is confirming that their is a plan in place. Tr** p was given the decision on timing and he made the decision during the rally. Buckle up because we are about to see fireworks.” (37 mins.)

Below: “Censoring Machine Overdrive, Y**  t*  b * ran from the battlefield and took their platform with them.” ( 1 hr)

3 thoughts on “Remember Who Your Friends Were? They’re Strangers Now”