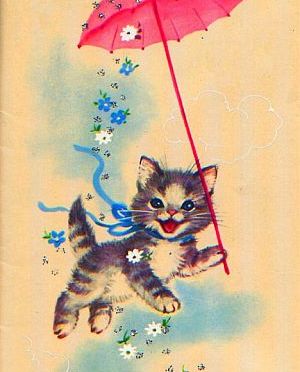 Saturdays have rapidly become my favorite day of the week.

No, not because I take the day off! I don’t know what it means to take a day off. If I do take a day off, though, it’s usually a Tuesday or something weird like that. (My biggest problem when I take a day off is that I think to myself, Man, I like this. And then I usually take the next day off, too. You see how it could escalate…)

But no. Saturday – mornings, specifically – is when I have my conference calls now with Peitor Angell re: our start up micro-short video production company. And not only does he make me laugh – really hard – but also when the two of us get creative together, it is truly remarkable what happens. I get so off on it, since usually I create all by myself.

We deal with the boring stuff, too; you know, the stuff about actually running a production company.  But mostly we are engaged in the actual creation of stories. Very short, ludicrous stories.  And I guarantee you, it’s usually the only thing about my entire week that’s truly funny. So even though it’s work, I really look forward to it.

He and I have been good friends for a really long time. He says 1984, I thought it was 1985, but he’s probably correct. We met at the Museum of Modern Art in NYC. We were both in music back then – he still is. He’s writes & produces Dance music for other artists, charting a number of times for several different singers. And he composes for films and television.  But the music he composes just for himself – ambient, alternative – is just so beautiful. It couldn’t be more different from what he does for others and I could listen to it all day.

I remember the first time he gave me a cassette tape of a bunch of songs he’d written for a girl-group that he was producing – back when we first met. And I listened to the tape while I was taking a bath. (Yes, the same cast iron bathtub that was in my kitchen on E. 12th Street, mentioned in this post a few days ago.) The songs really transported me.  I thought he was so talented. He produced for Atlantic Records back then.

He produced a couple songs of mine for me, and I just loved what he came up with. It was so unusual and so fun to make and I loved how my songs sounded, how I sounded. And when I took it to the VP at Columbia Records who was trying to help me get a record deal there, he said, “Why the hell are you singing like that?! I can’t do anything with this. Bring me something else!”

But I didn’t want to do something else. I did bring him something else, from a really expensive Emmy-winning producer, and the guy at Columbia Records got me a manager then who was really top of the line, you know, his clients  were on the Tonight Show and stuff. But I hated how I sounded. Just hated it. I wanted to sound the way Peitor had made me sound – like some sort of wounded sex kitten from 1963 walking home on a rainy afternoon. In Paris, or London or something like that. It was just fucking cool. So ambient. So much reverb.

But anyway. I walked away from all of it.  It’s hard to believe now that he and I were only in our 20s when we were doing all of that.

Okay! Well, I am halfway done writing Chapter 20 of Blessed By Light. Yesterday was so productive. I couldn’t be happier.

And even though they say it’s supposed to rain like crazy today, right now it couldn’t be prettier out there. The sun is shining, the sky is blue and everything outside my window is so green. So I’m just gonna sit here for a while and drink my coffee and wait for Peitor to wake up there out in West Hollywood and just see what the glorious day winds up bringing.