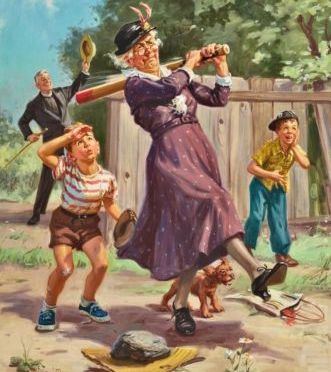 We’re gonna make it a great day (because it’s kind of, like, sucking right now and I refuse to allow the whole darn day to be ruined) !!

It’s gorgeous here today. So sunny, it is amazing. Still too chilly & damp to rake leaves (darn it), but we’re getting there.

While waiting on everybody, hour upon hour, I did manage to get a bunch of housecleaning done.  Had my lunch. Had my dinner. Finally gave up on everyone at around 5:30pm, closed the laptop and decided to stream a movie down in the kitchen.

At that point, Peitor texted to say he could call me in about 2 hours… Meaning around 7:30pm my time (Eastern Time).

Even people who know me really well never seem to remember that I’m up and out of bed and starting my days at 5am.  By 7:30 at night, I’m not usually feeling like: All righty!! Let’s get started here!! You know? I’m starting to get contemplative and thinking about the Universe and the nature of reality and getting into a general “I wonder what it’s gonna feel like after I die” frame of mind. I’m way into my own zone.

So that was how work went yesterday. I’m feeling like something similar will happen today, but we’ll just see. I’m going to try to just focus on my own writing and not get into that mental space of waiting around on phone calls.

I also decided to release the experience of Booty Core from my life!! At least, for now. I just don’t like it. I decided that I want to maybe do tai-chi in the morning, and still do yoga in the evenings, and see if my hip joints do okay with that. And if they do, goodbye to Booty Core forever.

Mostly, I just can’t stand that curvy Booty Core look. I really can’t. And I have tried to be open-minded about it, embrace the possibility of a new physical shape, but I simply come from a whole other era. And I’d still rather look like I’ve been smoking and doing amphetamines all day than look like I’ve spent the whole day in the gym….

The main thing that’s kind of playing with my head here this morning is that my dad announced (to me – although I think my stepsister already knew this) that he wants to move to Florida. Not only that, but he’s already looking at potential properties. and not only that, but I get the feeling that the thing he sent me in the mail last week — to choose which of his art pieces I was interested in having in the event of his death or in case he had to downsize and go into a nursing home — was actually part of his wanting to move to Florida but he hadn’t said it yet.

Plus, he wants to move to northern Florida which is sort of a weird part of Florida to want to move to when you’re 90, so it makes me think he wants to live closer to my stepsister and her husband and their kids. He has always had a really good relationship with them, and also I think it would help him feel like my stepmom was still in his life in some way.  To have that part of “his family” closer to him again now that she’s gone.

I honestly don’t believe that anybody owes anyone anything in life. I mean, ideally, I have a way I would love life to be. But still, I believe it all comes down to choices. Making choices that have value to us, individually, and not based on what we might think we “owe” people, because we just have our lives to live, you know? And if they aren’t meaningful lives, then being here, living something meaningless, helps no one.

So I don’t really feel I have anything I can really say about this.  He’ll be 90 in a handful of weeks. He should live a life that makes him happy. I honestly believe that, and I’ve always tried my best to accept that his being happy didn’t usually involve me. You just can’t force things, right? What is the point in that?

Even though it makes me really sad — it makes me feel defeated more than anything else — I just don’t want that to set the tone for my entire day today.  I am trying to get into a better place about it.  So we’ll see how that goes.

Nick Cave sent out a Red Hand Files letter- thingy this morning that was very interesting. About one of his songs that I love (“Night raid”), and a specific song lyric that has put in a number of appearances in other things he’s written over the years and I guess — if he dies, like, today — it will be on his tombstone, too. And he also talked about the overall plans for Bad Seed TeeVee, which continues to expand and blossom into all kinds of videos clips — not just songs but interviews and all kinds of stuff.

Okay, I’m gonna do some tai-chi here and see if that transcends my morning into something way more productive than, I don’t know, thoughts of suicide, I guess.

I leave you with my breakfast-listening music from today — which is usually a song I play when I am thinking about committing suicide. But I do not believe he intended this song to be used for that!

I’ve posted this song here a bunch of times — Tom Petty’s song “Only A Broken Heart” from his wildly multi-platinum album, Wildflowers, from 1994. Even though he wrote this song because he was wanting to divorce his first wife and couldn’t figure out how to do that — and even though when he finally did figure out how to do that, it destroyed him for awhile, turning him into a reclusive heroin addict, etc. (and the creator of the album Echo (1999) — an intensely beautiful but very difficult album to listen to). His decision did eventually open up his whole life, and made it possible for him and his second wife, Dana, to fall in love and get married and enabled him to write probably his most accomplished songs/albums in his 40-year career.

So. The point is not to focus on how terrible things feel today, but focus more on how change can open up all sorts of amazing possibilities down the road. It’s just that maybe you can’t see it just yet. (Meaning “me”, of course — not necessarily “you”.)

With that in mind, have a good Tuesday, wherever it finds you, wherever you are in the world. Thanks for visiting, gang! I love you. So much. See ya.

“Only A Broken Heart”

Here comes that feeling I’ve seen in your eyes
Back in the old days, before the hard times
But I’m not afraid anymore
It’s only a broken heart

I know the place where you keep your secrets
Out of the sunshine, down in a valley
But I’m not afraid anymore
It’s only a broken heart

What would I give, to start all over again
To clean up my mistakes

Stand in the moonlight, stand under heaven
Wait for an answer, hold out forever
But don’t be afraid anymore
It’s only a broken heart

What would I give, to start all over again
To clean up my mistakes

I know your weakness, you’ve seen my dark side
The end of the rainbow is always a long ride
But I’m not afraid anymore
It’s only a broken heart