There is too much news this morning and it is only 7:30. I can barely keep up.

The saddest news, is that Anita Lane has apparently died. I cannot find out the cause of her death, or exactly when she died, but news outlets are confirming that she has indeed died. She was 62. But to me, she will forever look just like this: 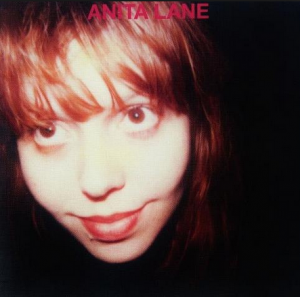 Okay, so. I know that troops of all stripes and types seem to be massing all over the world, but what I continue to hear is that these m* litary movements are somewhat optics, and that what is really going to happen — very soon, between right now and May 20th, perhaps even on May Day — m* litary c ou ps will happen all over the world, including here in the U S.

And by this I mean, that the m* litary will be ousting the f r a dulent go ver nments world wide, taking over, with perhaps some elements (?) of M ar tial L aw, as the world makes way for the legitimate govern ments to come into power and for the unrolling of the Q F S.

I know I say this all the time, but just to be safe: Have extra food on hand, extra water, gas in the car, cash on hand in case ATMs go out (which happened at our bank over the weekend — so this is real, folks!!)

Also, prepare for the Internet to go down — they are predicting that a safer, faster quantum Internet will then be uploaded to take its place, wiping out all traces of o p er a tion mo cking bird. If you have photos or images on any s o c i al m* dia platforms, they could be lost, so save them now.

Try not to panic or to stress. Monuments and legendary structures the world over could turn to rubble through Rods of God. This could include the W h i te H o u se, U S Ca pitol, Bucking ham Palace, the vat i can.

I do not know for sure, obviously. I am just telling you what I have heard through several sources.

If you are prone to panicking, this works quickly:

Take a deep breath through your nose, and count as you breathe in.

Then breathe out slowly through your mouth, counting double the number that you “breathed In”.

Do this 3 times in a row and you have completely reset your fight or flight reactor and your mind will regain clarity.

Repeat it as many times as you need to, throughout the day. It works. Now is not the time to panic. It is actually the time to prepare for rejoicing — however, people will be dying during this process of restoring freedom to the world. That part has been and will continue to be real, unfortunately.

I’m hearing that B i l l B ar r (who “resigned” recently) was in f act arr e ste d back in January, and was just found guilty of High Treason at G it mo.

I am trying to find more than one source that can corroborate that, but so far, no luck. So we will have to see. But as we know, high profile people “resigning” or “stepping down” to “spend more time with their families,” means that they have been arrested.

Not everyone goes to G it mo, though, so I think “git mo” has become a sort of “catch-all” phrase for m* li tary pri son.

I’m still hearing that once em er g ency broadcast system will wipe out the M S M broadcasts, that for 3 days in a row, 8 hours each day, videos of the military tribunals and the exec tu ions, will play on all TV and streaming TV outlets. I do not know if this will be worldwide.

I’m hearing U S cap i tol is completely empty. Obviously W H is also completely empty, as we saw in that video the other day — where moving vans were blatantly moving stuff out of W H, and folks in black wearing backpacks, who seemed to be wiring the place for a massive explosion, were blatantly allowing themselves to be filmed on “regular” people’s phones.

Prayers of victory needed now. Also, 9 live camera feeds of the re-count can be viewed on your phone.

Photos being released far and wide of J e f f Ep st ein and Ghisl a ine Ma x well in the W H with Pres Cl inton….. (I hope you have a little paper bag handy to vomit into, once you realize the full scope of what this meant.)

At Ma x w el l’s re ce nt coutrt a ppearance, they say she was thin, terrible, and her hair is “graying.” Gosh, I feel so bad for her…..

Which reminds me, Nick Cave sent out a very short Red Hand File today, in essence saying that he has no intentions of letting his hair go grey… Here was the photo he used — I love that little Nick Cave doll!

Oh, and guess what ??!! Okay, I do not believe in coincidences. I believe everything is a communication of some sort; a form of guidance. A message. A reassurance. A head’s up.

Well, when I got home last evening, I got out of my car and saw some crumpled papers “littering” my sidewalk. I went to fetch them, to throw them into the trash. But when I picked them up, what to my wondering eyes should appear but photos of flying saucers, UFOs!!

I thought: What on Earth is this?

So I uncrumpled it and discovered that it was someone’s school homework. Her name was Lillian B. and she received a “check mark” as her “grade.” She had to read and then answer questions about a “nonfiction news article.” The news article was 2 pages long, and that was what was filled with photos of UFOs spotted in Texas many years ago, and a journalist’s reporting on the event.

I was stounded by this! Because all I basically do anymore is wonder about UFOs and “making contact” with ETs — is it all real ???

Well, what was so cool to me, was that the teacher, through this homework assignment, was clearly alerting her students that UFOs are real.

A coincidence that I should then find this on my own sidewalk??

Okay. Enough. I gotta scoot!! Thanks for visiting, gang. I love you guys. Interesting videos below. And don’t forget to watch the final installments of the truth about cancer dot us. Incredible, exciting, awesome stuff!! Do not miss this documentary!!

Below: We the People News Update : It’s happening. Get ready.(16 mins):