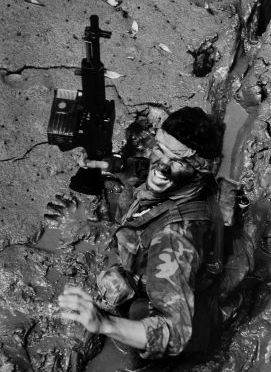 Okay. So. The news was kind of haphazard yesterday. The best of it being this:

From the Ga te way Pu nd it:

“Jo van Pu lit zer: A Z A* dit Report Will be Delivered to Senate on Friday, Results Will Be Earth-Shattering“

This does not mean we will see those results today, but the A Z Senate will. They are saying that we will see the results by Aug. 22, but I don’t know if that is accurate or not.

There were some f a l s e fl ag bomb scares in NYC and D C yesterday. the only thing that saddens me about all that is that guy in his van who allegedly had bombs in D C. He seemed totally mind controlled, as usual. Sent out into the worlds to cause chaos without having a clue what he was really doing. And his first name was “Floyd.” Coincidence? Methinks not.

Which, btw, reminds me that I never reported on those lightning strikes the other day. Washington Monument got hit, W T C in NYC, and then also a statute of g e or ge fl oyd got hit and sort of exploded.

I do not think, for a moment, that these were prophetic Acts of God, gang. Come on, let’s be reasonable. What a great aim!

So, what is coming more & more to the forefront is that the flu season is rapidly approaching. Well, for those who were va xed, that season is already here and not likely to ever leave. For the rest of us, it is approaching, and everyone seems to be promoting dr. z e le nko’s protocol, which is what I’ve been posting here for a long time, so if you’ve been following this blog for awhile, you are probably already following ze len ko’s protocol:

Also, however, a new focus is on the va x ed and how to help them stave off catching another co ro na virus or even a cold. If they can keep from catching the first one, they can hopefully keep their immune system from spiraling out of control. (And then, hopefully, some sort of reversal of the whole M R NA v ax will be developed and spread around the world.)

For those already v a xed, the focus is on drinking pine needle tea, taking at least 600mgs of N A C (preferably 750 mgs., but that dose is hard to find), along with 50 mgs of zinc.

The claims are that this combination, taken daily, will demagnetize the gr a ph ene o xide. (And also N A C will protect your lungs like crazy, and — for guys — help maintain their virility.)

Well, I saw this video this morning and found it really exciting. He explains to you how to make a homemade medicine that will help demagnetize the gra ph ene oxide and also kill the spike pro teins.

So here is the recipe, and down below is the short video:

The remaining liquid is the medicine. You take a shot a day, or every few days to maintain.

In the video, he also mentions that star anise and fennel seeds also contain the needed compound found in the pine needles.

In case you’ve never used citric acid before, it is sold in bottles and plastic sacks:

I don’t know about you guys, gang, but I love knowing that I can just make all sorts of beneficial things right in my kitchen.

And oddly enough, J*co’s video yesterday, focused on the z e l en ko protocol and he said that “raw zinc” is better than the processed supplement type, and lo & behold, you can get it from a can of beans…

Okay. So. Some truly awful shit is going on in au str a lia now. And new zeal and, as well, but au str alia is off the charts. As far as a kind of mar tial law there, severe l*ck downs, violent clashes with p*lice, mass v a cc in at ions of children (and I mean massive! Try 24,000 in one swoop, with 2 children dead already).

Watch the s t e w p et er s clip below, if you can stomach it. And after he talks about the children corralled in the stadium, they talk about what is once again happening in hospitals: killing patients who allegedly have c * vid by putting them on ventilators, refusing to give the patients zinc, or even Vitamin C, etc.

They go on to say: “Why would you even trust a hospital now? They are going to kill you. Hospitals are a murder cult.” (Keep in mind that money matters here; greed is rampant in the hospitals. The good doctors & nurses are getting the word out.)

It almost seems like it’s better to just stay home and try to get well on the nutrients God has provided for you. (I got over c*vid last March with just apple cider vinegar, homemade “Vick’s VapoRub,” large doses of Vitamin D3 — and a ton of sleep.)

Okay. There are not a whole lot of videos today. Yesterday was just really sort of strange. Enjoy your Friday, wherever you are in the world. Thanks for visiting, gang. I love you guys See ya!

Below: Homemade cure to demagnetize you and kill spike proteins (11 mins):

Below: shop owner in au str alia trying to fight back police (2 mins):

Below: Ch * rlie W *r d update: the truth about the stock photos from af ghan i stan: do your research! (28 mins):