Because I fell and bruised my thigh beyond my ability to comprehend (if you are on your computer, you can see my Instagram photo from yesterday down below, which shows the awesome bruise and just how swelled up it got), I wound up spending a huge portion of yesterday in bed.

Not because I couldn’t walk, but because the pain was excruciating.

But today, even though the bruise is obviously still there and still swollen, the pain is really minimal.

And, while CBD oil did nothing to stop that kind of pain, it did calm me the fuck down and made everything in my world seem manageable. And by “manageable” I guess I mean  “just go to bed and stream The Monkees and forget about everything else in the world. ”

Oh, and I should mention here that I wound up liking that documentary, Hey, Hey We’re The Monkees, which I had started watching the other day. It was very informative and emotional.

Anyway. I also slept a lot yesterday, seeing as how I was already in bed. I didn’t get out of bed until after 5am today, which is later than I’ve been doing for quite a few weeks now.

So nothing new has been done to the new short story “Novitiate.” And at this point, if it is getting confusing:

So that’s what’s going on there, in erotica land.

In non-erotica land, the staged reading of my play, Tell My Bones, will premier online on Sunday evening EST, November 22nd. It will be free, but you will need to RSVP at an eventbrite link, which I will give to you when I have it. And if you miss the premier, you will have a window of maybe 3-5 days to watch it anyway.

So Cave Things announced yesterday that you can pre-order the following really cute picture discs, each have one song on them from Idiot Prayer: Nick Cave Alone at Alexandra Palace, which is being released as an album and also a film in November. Here are the picture discs, drawn by Nick Cave (I believe they are each £30, except that there are only 500 copies in each title, so you need to pre-order right away).

And with that, I’m also gonna close. So have a really nice Wednesday, wherever you are in the world. Thanks for visiting, gang!! I love you guys. See ya!! 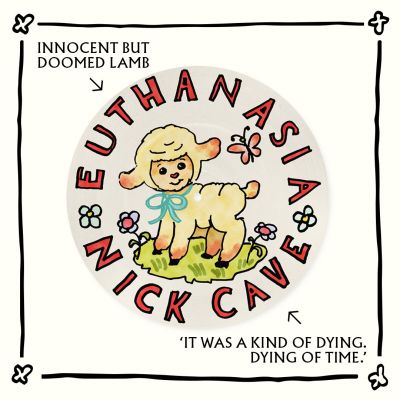 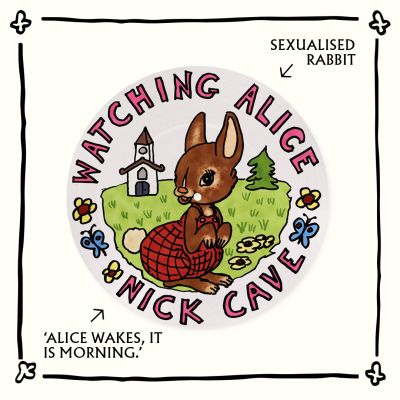 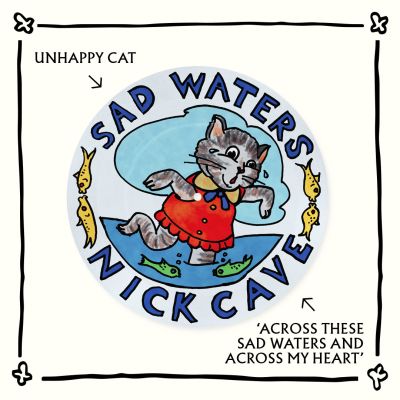