More wars and rumors of wars. (R u s s ia and U S embassies ev ac ua ting each other ) (that sounds like urine is involved, but it’s not)) (N or th k or e a thinks b*den is stupid) (and so they should, since we think so, too) (c h * na still threatening to invade for mosa) (intel from January said this would trigger the fall of c  c  p).

More awful shit that seems like optics but could actually be awful shit. (Afghanistan, and U S  tr  oo p s prepping to depart)

Earthquakes that seem to actually be earthquakes this time and maybe not Rods of God taking out D U M Bs. (Japan)

In ter net black outs around the world that seem to be cyber attacks but could be Q F S related. (South Africa and other places that slip my mind right now)

So, it’s intense, but there is still a feeling of extreme hopefulness out there, gang. Can you feel it? The Schumann Resonances are still high off the charts, too. And more sources saying that Tr **p will probably be celebrating the 4th of July with “us”, but at the very latest — August 31st.

My favorite little snippet from yesterday was from UFO Man on YT. He posted an even snippier snippet about it this morning. 2 mins. Check it out. Non-terrestrials are as good as here and among us now, and no “evil alien invasions” are anywhere to be seen. (Oh, and trust the government.) (Wait — I mean, DON’T trust the government…)

There were a number of videos posted yesterday by a few of my favorite podcasters, but they were seriously difficult to take, as they focused on the tor tured, mur dere d, ca nn iba lized chil d r en. So I am going to not post those today. I’m guessing that if you visit this blog, you are already awake about that horrific stuff and are vibrating in that frequency of being on the side of the Light. So I’m going to trust you to keep vibrating at that frequency today.

And there is also more seriously bad shit about the fake vaxes, gang.  More and more people seem to be awakening to the idea that they should not take them, but that doesn’t help those who already have.

There is the full-on bathing protocol with the alfalfa pellets  from gen e de c ode. (It works, but people are reluctant to believe it works because those same people somehow managed to believe the m R N A was a vax even though EVERYONE on Earth including the makers of it said that it wasn’t.)

Also, he recommends drinking the diatomaceous earth and activated charcoal mixture that I posted here the other day (for several days running, actually.) (I drink it everyday just to keep everybody else’s spike proteins from invading me.) (Plus, I also have a seriously intense immunity-boosting regimen I follow everyday.  Keeping your immune system in top shape is really important now, folks, even though “flu” season is over.) (Remember the “flu” ?? That was a super quaint idea, wasn’t it?) 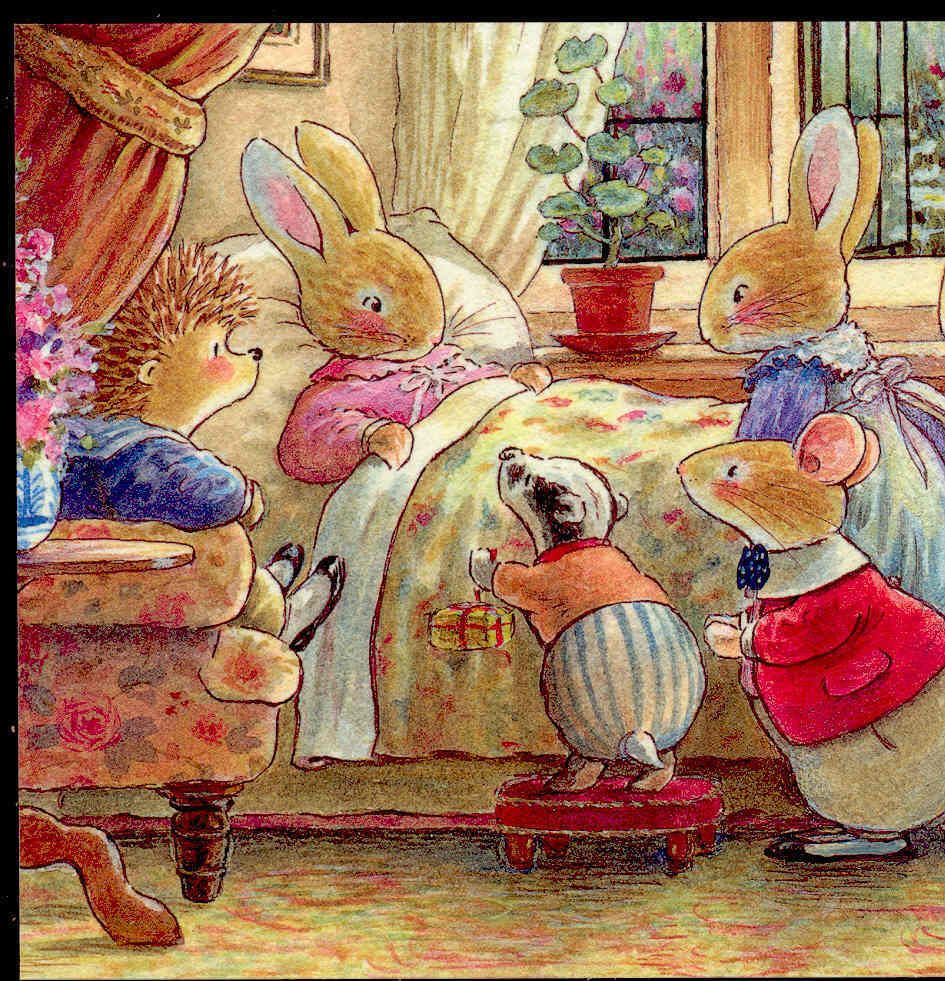 Plus, there is that info I was given re: BLACK Himalayan salt crystals under your tongue, throughout the day. The sulfur apparently helps either pull out or dry up (?) the spike proteins.

Anyway, the news re: the fake vaxes is still dire, but there is protocol to help — if not actually cure the problem. Also, I’m hearing that staying positive and vibrating at a high frequency keeps the nano bots from activating and wreaking havoc inside you.  They tune in and latch on to low frequencies , such as fear. So steer clear of fear. Aim for joy.

Okay, so I’m going to keep it at that today, gang, because I want all of us to try to have a  nice Sunday. Rest assured that good shit is happening and bad shit is happening, and sometimes we just need to pause and breathe.

Thanks for visiting, gang. I leave you with some of yesterday’s listening-music that spilled back over into today!! Listen and Stay empowered!! 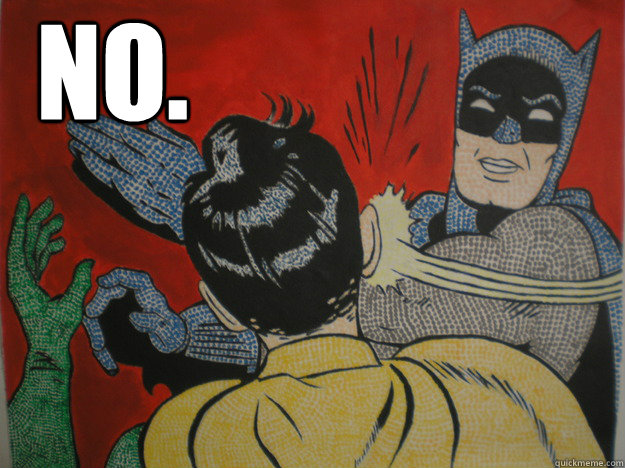 WOMEN:  Just say NO! to all the other stupid fucking shit they want you to do!!

All righty. Enjoy! I love you guys. See ya. 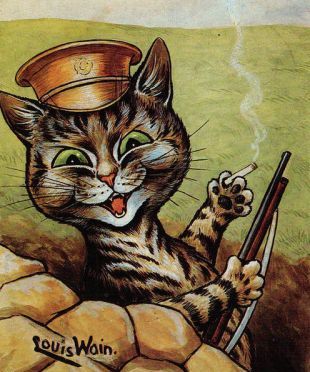 It’s a stunning day here today, plus it’s Saturday — what could be better? However, we have been alerted, too many times to count now, that May Day could be the launch of a ll i ed m * li tary upheavals world wide, which could last through most of May. Actually, these upheavals are already going on and people are dying in combat. So stay vigilant, gang.

Below: We the People News: Global tensions rising (31 mins):

There is also nonstop talk that D o g e coin, which is skyrocketing, will continue to go through the roof after E lon Musk appears on S N L on May 8th. So, I guess, invest now??? (Honestly, I have no clue. I only know that we should be putting our money into crypto now, assuming we have any money whatsoever.)

Yesterday, I took my first heavy metal detox footbath at the health food store. We have a Wellness Center, where we have infrared saunas, and ionic detox footbaths. (Also, massage therapy, reiki, reflexology, etc., when there isn’t a terrifying scam demic going on, causing us to not be legally allowed to touch one another, lest we leave our m*sk-covered carcasses littering the sideroads and byways).

Yesterday, a customer cancelled a footbath appointment just as I was getting ready to go on my lunch hour. I usually walk among the ancient sacred burial grounds in the park on my lunch hour, but it was suddenly raining. So, since the room was already set up and since I get to do it for free, and since I am the only person who works there who has never done a detox foot bath, I decided to try it! Mostly, I was curious to see how well my heavy metal detox diet was working.

I’m guessing it is working pretty good, because I had barely any heavy metal indicators in the water (from out of my liver! eek.). But I had a TON of  stuff that came out of my joints, gang. It was staggering.  (You know where within your body the stuff is coming from based on the color of the stuff that collects in the water.)

And the amazing part was that I then had no joint pain for the rest of the day, and I awoke springing out of bed this morning.  I’m serious. My joints feel sort of weightless. I’ve decided to do it once a week for the month of May and see where we are by month’s end.

Oddly enough, you’re not supposed to feel anything at all during the footbath, but for me — who is extremely sensitive to just about everything imaginable — it felt likes thousands of tiny pins pricking all over the bottoms of my feet. Then I could even feel it pulling on my right ovary, then across my uterus. Then, at the very end, I felt it pulling on my thigh and calf muscles. It was not entirely pleasant.

My co-workers, who had already done the footbaths many times because they have worked there lots longer than I have, were a bit skeptical, because they had never felt anything at all: “Wow, Marilyn, You really are sensitive. That’s kind of weird.” Then, when the owner asked me how it went, I told her that I think I come from Outer Space…

It is really the only answer I can come up with these days. Well, the only one that makes sense, that is.

Okay!!On this day in history, not only was Elvis Presley married to the huge-haired Priscilla, in 1967 — but in 1993, Wayne and I got married, too!

Our marriage actually lasted a little longer than Elvis’s did, but not by much. Regardless, Wayne and I are still friends. And very early this morning, I texted him the photo below and he texted back: “God we were so young.” Indeed, we were.

Okay!! Today, my grass is getting cut. And I am not only excited about that, but I am also excited that I have the money to pay him!! Yay!! (It’s all about tiny miracles, gang.)

And this morning, I took down the Easter wreath from the door, and put up the flowery summer wreaths that I just love. One on the backdoor and one on the kitchen door. And maybe later, I will go sweep off the kitchen porch and set out the porch furniture, in preparation for all the flowers, which I am praying  that I will be able to buy before the month is out.

All righty! More month-ending royalties came in yesterday. Thank you to those of you are suddenly buying Twilight of the Immortal !! World wide!! I really appreciate that, gang. That book means a lot to me.

Meanwhile, I leave you with my post breakfast-listening music from this morning — and truth be told, I played it nonstop for about 2 hours because it is so fucking addictive!! Bonnie Tyler’s classic, “It’s A Heartache” — released here in the US in 1978.

I had my actual breakfast while listening to Nick Cave & the Bad Seeds’ “The Weeping Song” (1990). Then went back upstairs and moved on to “I Am Woman” (1971), by Helen Reddy, while drinking coffee in bed and watching the sun come up, because, even though I am apparently from Outer Space, I actually am woman — in more ways than you can even possibly imagine. And it’s actually pretty cool to have a theme song for myself —  lo !!! — these many decades later.

Then I moved on to “I Don’t Know How To Love Him,”  from Jesus Christ Superstar  — because it is often how I actually feel about Jesus, and it made me think of this other man I love, who is often Christ-like in my imagination, which caused me to then move on to “It’s  A Heartache,” as the sun actually did come up and revealed a gorgeous day and then I listened to that song for about 2 hours. Literally. But I was out of bed by then and puttering and doing stuff… So.  Enjoy, gang. And thanks for visiting. I love you guys See ya.