It really is feeling like Spring around here, gang.  That beautiful Spring rain; when you know that soon enough, everything is going to be green again!

And tomorrow is a big day around here.  Not only is it St. Paddy’s Day and not only are we hugely part-Irish — and we have not one but two lucky ginger cats in our household to prove it!! — but, as loyal readers of this lofty blog no doubt recall, it’s also the day that we celebrate all the cats’ birthdays!! (Lucky 7 !!)

They are the surviving members of a rescued feral clan, all of them related (most of them born in the basement at the old house), so I know when all of their birthdays actually are.  And they were all born either on or around St. Paddy’s Day, so it’s just easier to say that this one day of the year is their collective birthday.  And for their birthday, they get the same thing every year:  catnip toys! Because all 700 of the ones they already have, simply are not enough!!

Even though they usually ignore brand new toys, preferring the extremely old, chewed-up tried & true ones; it’s still fun to watch their bewildered faces as I toss 7 brand new toys out into the middle of the family room all at once. Like confetti.  They look at the toys and then, with supreme disinterest, they turn around and walk away!!

So it’s pretty much all bad news today, folks. So I won’t belabor it too much here on the blog. Lots more bad news about that fake v  a  c  c  in e, gang, so PLEASE, do not get it. Do not let anyone you love get it.  Because if you do take it, you should basically hope you die on the spot; since once you’ve taken it, it is pretty much guaranteed to alter your DNA, and affect your body’s ability to fend off viruses and diseases  for the rest of your life. And if you’re young enough to still be in your fertile years, you run the very high risk of becoming sterile. Guys and gals, both.

Of course they’re promising that the Quantum Med Beds can reverse all that damage, but why not just skip the mRNA in the first place? And if you live in one of those areas of the world where the D **P St * te is getting closer and closer to insisting that you get jabbed if you want to actually ever leave your house again — because in all honesty, they do indeed want you dead, regardless of who you did or didn’t vote for — then I would suggest this: 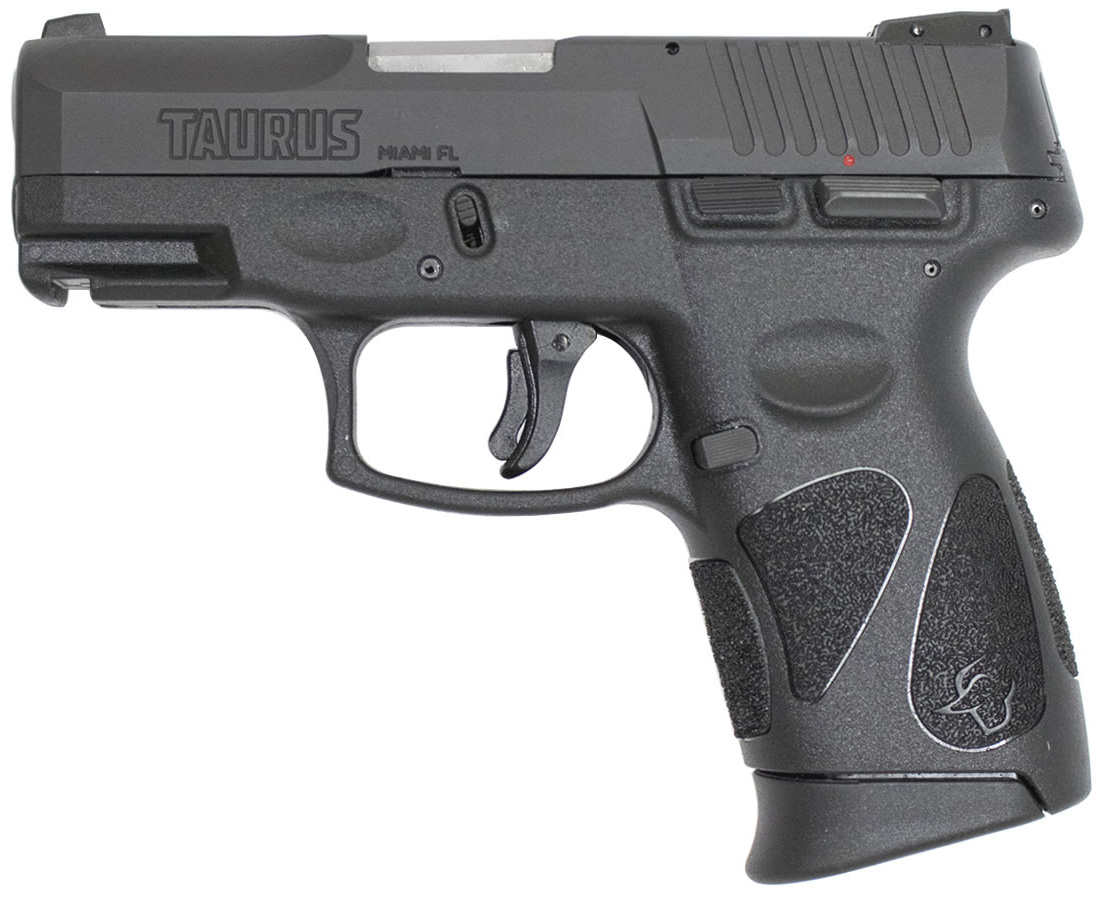 (Seriously.) (And/or try turning off your TV!)

Your television is your absolute worst enemy. And they’ve always known it.

And what else happened right at that same time in history??

[…] Since the 1950s, the C  I  A started recruiting journalists, editors, and students in order to write and promulgate false stories. The C  I  A’s stories were entirely propaganda and their employees were paid huge salaries in order to promote such fake news. Essentially, the C  I   A managed to control both national and international newspapers through a bribe.

Operation M o ck in g bird is still in full force today, gang.  Worse than ever before. Turn off your fucking TV already!! It is no joke. And if your friends and loved ones are still watching it, I suggest this:

(To the TV, not to their heads!) (They’ll thank you for it, eventually.)

(Listen to this song and take it to heart! Use it as a mantra, even!!)

Okay. Well.  That said, I’m still posting the podcasts below that I think will give you information you can actually use in some way. Not just stuff to upset you that makes your world feel out of control.

It doesn’t mean that some of that stuff below won’t make you feel angry, but I guess there’s an important difference in continuing to find joy and meaning in your actual personal life right now, and hiding your head in the sand.

Okay. I’m gonna scoot. Have a really terrific Tuesday, wherever you are in the world!! Thanks for visiting, gang. I leave you with my breakfast-listening music from this morning! “Midnight Man,” Nick Cave & the Bad Seeds. Enjoy!! I love you guys. See ya!

Below: Keyboard Op er a tor checks in (9 mins):

Below: Nicholas V e n i a min  and  Dr. Chritiane Nor th rop. Extremely rough to listen to because it is all so horrific,  but if you still know people who are oblivious to what’s REALLY going on with that fake v  a c  c i ne make them watch this! (47 mins): (If it won’t let you watch, visit link here!)

In this heat, I mean.

Besides  flooding yourself with caffeine on ice and doing everything in your power to not light up a Pall Mall cigarette. (I have a whole pack here because that’s what my mom smokes.) (Nicotine makes my brain work GOOD, gang! But makes the rest of me feel like shit later…)

My brain was completely locked down from all this heat by noon yesterday, and it never got better. I could almost think, but not enough to keep switching between 2 different versions of the script for Tell My Bones and try to get a firm grip on the revisions I needed to make to the play overall.

My brain was like a swamp, replete with all the lovely things that swamps  entail.

And that’s not the best way to undertake writing a play that will win a Pulitzer Prize! (Still, if the swamp/brain route is the only available way, then you gotta pray that everything else in the running that year is way, way, WAY less good than your swamp-ridden play…)

It was so frustrating.

However. I did get some really good input from a publisher re: a potential good home for my new novel, Blessed By Light. So that was cheerful!

And this morning, even while Peitor is back in Los Angeles, he still has his hands full with really pressing, disturbing, tedious familial obligations, so we once again cannot work on developing the script for our tiny yet delightful Abstract Absurdity Prods.  Which I guess is good, because I need to have the revisions of the play completed by Tuesday morning.

So, you know. Sure am looking forward to that!

Still. All that whiny stuff said. It is nowhere near as bad in here as last summer, before all the new insulation got installed. So most of my histrionics are just for show.

I got a really pretty birthday card from my father and stepmom yesterday. (My adoptive dad — the one who had the profound delight of raising me). It was really sweet. And it said that I was the kind of daughter who brought sunshine wherever she goes.

It cracked me up! I know my stepmom has to have been the one to pick that card out, right?  Even though she is confined to a wheelchair and in a nursing home, and ravaged by years of MS, her mind is still sharp & she is really sweet.  And there is just no way, ever, in a bazillion years, that my dad would correlate me with “sunshine” in any way, shape, or form.

If it was really my dad choosing the birthday cards, it would say something like: I’m Almost 90 and I Cannot Believe I Have Survived All the Joys of Knowing You for This Long; OR, No One Spews the ‘F’ word Like You Do, Darling Daughter! OR, As Another Birthday Comes Around for You, Darling Daughter, I Think Back on All the Years and Wonder What the Fuck I Did to Deserve You, I was Having Such a Good Time ‘Til You Showed Up.

You know, sentiments like that. (I only wish I was kidding, gang.)

Anyway. It was a cute little card and it perked up my spirits in the dreadful heat.

Today, I am going to split whatever energy I can find for my brain between working on the play and writing query letters to 3 publishers. It’s a really interesting adventure this time around, because I love my new novel but I also know that it’s really unusual. So I honestly have no clue with which publisher it will be a good fit.  My queries so far have been, “I have no clue if my writing is suitable for you at all but do you think you might like to see it?”

It’s an adventure! A literary adventure. Of which I have had many in my illustrious career.

(Including, but not limited to, on the eve of supposed-to-be receiving a 6-figure advance for my delightful, award-winning novel Freak Parade, the owner of the (large, very well known) publishing house, announced at a production meeting: “We are not publishing this filth and I would never publish this filth, even if my life depended on it!”) (Sadly, again, I only wish I was kidding.)

Okay, gang. My music-listening in this heat has gone in 2 distinct directions. Nick Cave & the Bad Seeds when the caffeine is spiking, and then Jr. Thomas & the Volcanos when the heat & humidity swells back up and smothers me again.

So I leave you with those two listening options today!

(And for some reason — methinks a financial one — no lyrics are online for Jr. Thomas songs.) (And of course, I am aware that all these “free” music and “free” lyrics online, robs musicians and songwriters of a ton of royalty money that they used to get back in the Dark Ages. But all the music I listen to every day, is either a CD I paid for, or is something I stream that I also paid for. I can only hope that you guys do the same, but I’m thinking that a whole heck of a lot of people don’t really pay for music at all anymore. Which really does suck.)

Anyway. Have a great sunny Saturday, wherever you are in the world!! Thanks for visiting! I love you guys. See ya!

Close your eyes, sleep in him
Dream of your lost sons and daughters
Me, I’ll raise up the dorsal fin
And glide up and down the waters