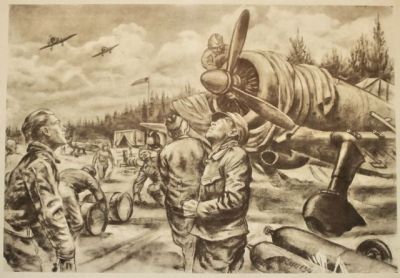 Wow, it is a gorgeous morning here in Crazeysburg, gang. It truly is. I kinda wish I had nothing at all to do today and could just hang out here and look at how beautiful everything is…

I tried really hard to not let this continuing lack of progress depress me, but an undercurrent of frustration, disappointment, & a little despair, kept tagging along with me all evening.

To be fair, though, that a t t a ck on s u r f si d e yesterday really threw the energy of my day into a whole other arena, and then it became sort of clear that I really, really did not want to risk attending that Tr ***p rally up near Cleveland tomorrow. My [17]-following friend who is attending the rally with me disagrees completely and still wants to go. So she and I are still negotiating that.

However, after hearing a chat yesterday with M * chael J * co and David N*no ro d ri guez (hey, guess what? I can once again embed r u m b le videos on the blog — white hats to the rescue!!), and hearing J* co explain the similarities between how the tw in t ower s fell on 9 1 1 and how the multi-storied condo building collapsed yesterday in s u r f side (meaning: dire c ted e ne rgy wea pon at tack) — all my many PTSD anxiety thingies got triggered. (I had extreme trauma from that whole 9 1 1 thing and, in those days in general, living & working in NYC for a couple of decades by then, I suffered from an anxiety disorder and had constant panic attacks, with or without monumental towers collapsing around me.)

Anyway, those feelings got triggered yesterday and, even while I can understand that now more than ever, we need to publicly support Tr ***p, it is equally valid that both Ge n er al f l yn n and ju an o sa vin stressed just a couple days ago, that very intense stuff is coming to the U S. from June 26th onward, and we need to be vigilant and alert and avoid large gatherings….

They might be false flags, people, but the damage is real. (And this morning, J*co said that “things will now get very intense as the knock-out punch nears”.)

Anyway, so that’s how that is going, and below is that chat. It was really good. (51 mins):

On a cheerier note…

Cave Things announced yesterday that a new set of pencils are for sale! These feature quotes about flowers by Nick Cave!! So in lieu of perhaps having any actual flowers, these pretty pencils could suffice!! (£15.00 plus shipping). They pencils themselves are regular pencils — not colored pencils.

All right. So. The morning is once again flying by, so I gotta scoot!! Have a happy Friday, wherever you are in the world. Thanks for visiting, gang. Stay vigilant! I love you guys. See ya!

(Did you say stress release?! Yes I did! Back again, for your listening pleasure!!)

Below: Life in prison for our bonny Bill? Guilty of murder, rape, ped o ph il elia, and — allegedly — erectile dysfunction, which he cured with an addiction to a d r e n o c h r ome (5 mins):

Below: This was extremely interesting, gang. Quantum internet, Starlink, Space Force and the near future explained and explored; Big t e ch out, m*litary in. Super Soldier Talk with James Rink (2 hrs):

One thought on “Do Mornings Ever Get This Beautiful?”