Yesterday was the first day in quite a while when I could really just totally relax — no pressing writing deadlines, plus, being a holiday here in the US, it was a real slow news day — and so what did I do???

I mean, besides be up & awake and in the Bad Seed TeeVee chat room by 5am??!!

Yes!! I got out all my Christmas stuff from storage and put up the tree and decorated the house (and did 2 loads of laundry, and vacuumed and dusted). And by 4:30pm, my entire body was crying out for CBD oil!! So I complied.

It is awesome how that stuff works on pain. For me, anyway.

But here’s a shot of the tree. (I know, it looks exactly like last year’s but trust me, it is this year’s!) (And while I was decorating, I watched A Charlie Brown Christmas, Rudolph The Red-Nosed Reindeer, and Mr. Magoo’s Christmas Carol. So it was quite Christmasy around here yesterday.)

I want to point out that the reason all my curtains are a few inches too short for the windows is because the seven cats who live here constantly look out the windows, and the only way I can keep the bottom edges of the curtains from being shredded to death, is to keep them shorter than the window sill.

I have discovered over the years that, rather than try to do something insane like train feral cats, it is best to simply follow their lead and adjust accordingly.

And speaking of the cats… On Monday, when I went to the market in town to get the groceries, the store was 100% completely out of the canned cat food that I buy.

I buy very plain, low-salt, canned cat food for them, and they each get about 1/3 of a can every morning. This meager daily gesture is the highlight of their lives, usually.

But since I couldn’t get them their usual food, I was forced to get them 9 Lives and — oh my god, are they in heaven! I tried to get the plainest, lowest-salt flavors of 9 Lives, so it isn’t really that bad for them. But the joy in their little hearts is not to be believed! They are so cute.

I will consider doing it more often. But since I lost Daddycakes to kidney failure (and it was a truly horrible death for him), and my one remaining male cat is sensitive to too much salt, I have to be so careful. Feral cats are impossible to get to a vet. Not just the trapping part of it (they have to be trapped in humane cages in order to get them anywhere, and once in those traps, they will do their best to attack you), but vets usually will not treat ferals because they are wild animals. So I have to do everything I can conceivably do to keep them healthy.

Okay! Today is the final day to watch the staged reading of my play, Tell My Bones, for free on YouTube. After today, it will be password protected, so if you still want to view it after today, email me and I will get you the password. (Click below and it will ask you to click another link that takes you to YouTube.)

So, back to yesterday — I don’t know why Nick Cave was talking about Ezra Pound’s Cantos in the chat yesterday (the chat stream was going by so fast that it was really hard to follow what everyone was chatting about), but it reminded me that I have Ezra Pound’s Selected Cantos, which I hadn’t read since the 1980s, when I lived in my hell-hole apartment on E. 12th Street in NYC.

In my collapsed state, after dragging everything out of storage and lugging things up and down the stairs, cleaning and then decorating the house, etc., I took the CBD oil mentioned above, flopped down on my bed and read Selected Cantos. I have always found them very challenging to read.

Below is the cover of the edition I bought back in 1983, at Coliseum Books in Midtown Manhattan. It was a Fifth Edition and the price sticker claims I paid $2.45 for it (brand new)! 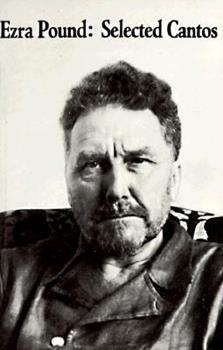 It’s all coming back to me — why I used to buy so many darn books! Because independent bookstores used to be everywhere, and books used to be affordable!

Anyway, it was a lovely way to spend the rest of the evening. I really had such a great holiday yesterday, even though it was nothing at all like how Thanksgiving is usually celebrated.

All righty! So, yesterday, I experienced the first attempt at c*nsorsh*p of the blog. Please be aware that if you are offended by my politics, you do not need to read the blog, or read beyond the daily updates.

I know that a bunch of my usual readers have dropped off, however, hundreds of new readers, who do not subscribe to the blog and who aren’t even on WP, are reading the blog every day now. Mostly Americans, but from all over the world.

So I will continue to keep pointing people in the direction of actual news.

[So if you are signing off at this point, thanks for visiting, gang!! I hope you have a great Friday, wherever you are in the world! I love you guys. See ya.]

Even though we made incredibly great headway this week in beginning the legal process of halting the c**p d’et*t, it is awesome to me how many Americans are still in the dark about what is happening.

They have no clue how much extreme c*n c*rsh*p is going on — for instance, S*dn*y P*w*ll’s web site is now being blocked by tw* tt *r/ g**g l*. You can still access it through d*ck d*ck go, however.

Or how much fun they make of Tr**p, how much they mock him, without having a clue that their actual Constitutional rights are literally being pulled out from under them and that Tr**p and his legal team are the only ones fighting to save that. And not just for every American, but for people all over the world. Because the d* m*ni*n v*t ing software appears to have affected the outcome of elections all over the world.

If your politics lean far Left/Socialist/Anarchist, then this is good news for you. But you’re not likely to be reading my blog anyway. However, if you aren’t necessarily a Leftist, but wanted to vote for B* den and then found out that Tr**p had put d* m*ni*n v*ting machines in place to not only rob you of your vote for B* den but forced you, without your knowledge, to vote for Tr**P, you’d be beyond outraged.  (As you should be.)

But this should not be about who you voted for or who you maybe have been brainwashed to despise; it should be about protecting the Constitution. And to see so many otherwise gifted and intelligent Americans having a good laugh while their Constitutional rights are being shredded right in front of their noses — it is appalling, gang.

The news was light yesterday, since it was a national holiday here. But there are still a couple of things to draw your attention to.

Naturally, rioters in P*rt land continued to cause thousands and thousands of dollars worth of damage… you can d*ck d*ck go that if you have the stomach for anything more about the insanity in P*rt land.

While deaths in America are higher in 2020, there have been 100,000 more deaths this year that were not from C* VID. (And this doesn’t count the tens of thousands of deaths that were attributed to C* VID here in the US that were actually caused by something else.) L*ck d* wns not only didn’t help, they appear to have caused thousands of additional deaths that likely would not have happened had the l*ck d* wns not been going on.

And below, an in depth interview on X*2 R*p* rt about the US economy right now, compared to the world’s economy, and where it is headed, including the Tr**p /c*apit*list scenario, and a B* den/Ob* a m* Leftist/Socialist scenario. (And the latter scenario is apparently already well underway in most of Western Europe.)

And this is also of interest: Wh*le F**ds founder and CEO John M*ck*y argued that socialism is a failed system that “impoverishes everything.”

So that is it for today, gang!! I leave you with my breakfast-listening music from this morning!! Enjoy. Have a good day.