Okay, gang. The news is basically the same as before.

Dogecoin is hitting another all-time high, and everyone is carefully monitoring every single solitary thing e  l on m us k  says or does and uses it as a reason to invest in more dogecoin.

Even though we can’t be positively certain anymore that e l on musk isn’t just CGI, controlled by the white hats…

Me and my [17]-following friend at work  (both of us are extremely broke and somewhat, although not extremely, old — plus we refuse to use any company that isn’t 100% p* trio t, meaning we won’t use anything that was involved in that reddit- Game Stop fiasco) — anyway, we are determined to come up with something that at least looks like money so that we can invest in dogecoin, too. I’ll keep you posted.

The other thing that sort of confounds me is this eco system that I downloaded and installed — Utopia.

I open it and stare at it, as it is spread out across my laptop, and I ask it: Okay. Why are you here?

This is some sort of very, very deep white hat thing. I can’t quite put my finger on why it is so important that I have it, but I get the feeling that it’s very important that I have it. That it has something to do with the upcoming quantum Internet.  With something that will be part of everything that will soon be utterly different in my online universe.

I use ProtonMail and I’m very happy with ProtonMail (and its VPN). Yet I still open Utopia and I stare at it and I wonder what the heck is up with it.  (Reminiscent of the black monolith- obelisk- thingy in 2001: A Space Odyssey.) (Except now we know that every obelisk on Earth is symbolic of Satanic fr ** m * s *n ry and needs to be blown to smithereens…) 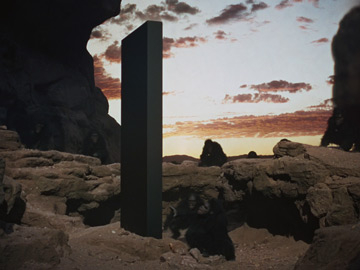 Loyal readers of this lofty blog no doubt recall that the long-dead musical icon, m * ch a e l j * ck son, recommended that we download Utopia. And that was because Tr **p mentioned the eco system in his brief and final tw **t before the entire world removed Tr***p from every social media platform known to Man.

I’m not a huge J *m  m *  r r i son fan, but I adored m * ch a e l j * ck son and I would be more than happy to discover that either: a.) he’s been in protective hiding this whole time; or b.) on this particular timeline, a whole lot of unexpected people never actually died.

And so I watch that mj te l e g ram account [ @MagaFighters ] for any indication whatsoever that life is going to suddenly get off-the-charts weird. And that Utopia will be some sort of secret (or not so secret) eco system from the white hats that we need to have  if we intend to survive whatever awfulness is sure to arrive very, very shortly.

Okay, so that’s going on.

And the almost-war escalates in Israel.

And rockets are targeting a bunch of other countries, the world over.

Mel K makes very good points regarding just how many countries are succumbing to the very same color revolutions right now, for the same reasons, basically.  (One of her videos explaining that is down below.)

All of it seems to be part of a white hat m * litary coup — a take-down of the c a b al — in country after country, all across the globe. (And as [17] said: “Israel will be last” — so this is looking like the end is finally in sight, gang.)

(Yes, party hats at the ready, gang !! But PLEASE: extra food, extra water, cash on hand, gas in the car. It could get really really intense here very soon.)

So that’s going on.

And there is a whole ton of fake weirdness going on in the U K right now.  It centers around the q u e  e  n being long gone from this earthly plane, and a tv news reporter there in the U K accidentally acknowledging her death on tv the other day…

And meanwhile, the A Z audit is off the charts out of control now, so that’s gonna fall — as we knew it would.  But it’s still going to take a couple of weeks, at least. They are wily, wily coyotes, those A Z el e c tion officials, but wouldn’t you be, too, if you were now facing charges of  H* gh Tre * son? (and its accompanying death penalty?)

Okay. So I guess that’s it for this happy Friday. Hang in there, folks.  I leave you with “Lavender Fields” by Nick Cave & Warren Ellis (2021), appropriately enough from Carnage. Thanks for visiting.  Only a couple videos today.  Enjoy. I love you guys. See ya.